Share All sharing options for: Can NIU really beat the 8-0 Ball State Cardinals?

Glancing at Phil Steele's pre-season magazine I thought that Ball State could go undefeated at least up to this point.  A lot of it had to do with the fairly easy schedule they were given at the beginning of the season.  You can make the argument that Ball State's 4 final games (NIU, @ Miami OH, @ CMU, WMU) is their toughest stretch of the season. 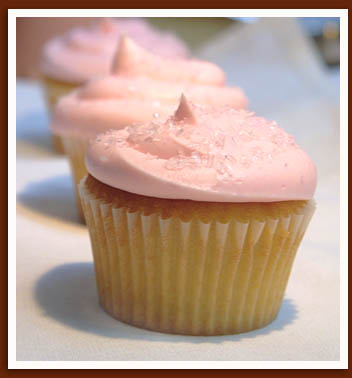 The majority of opponents on both of our schedules

Even though through the Sagarin rankings we have the easier schedule, I think you have to read more in to just the rankings of other teams.

Looking at Ball State's schedule they were lucky to win against top-ranked opponent Navy on their home turf.  Their win @ Indiana turned out to not be so spectacular as Indiana is currently 3-6 and just lost to CMU at home as well.  Their next-best win is over an average 4-4 Akron team that plays in the lowly MAC East.

The records for the teams NIU has lost to are Minn (7-2), WMU (7-2) and Tenn (3-6) who plays in the always-tough SEC.  The combined points we lost to those teams by is 11 (4, 3, 4).  Not to mention we lost our starting QB Harnish in both of the latter games.  We haven't beat a good team, but we have yet to have our entire arsenal of players available like we will against BSU.

Advantage: NIU by a hair.  They've had to deal with better quality teams, adversity and more hostile environments than Ball State has.

Our #32 ranked rushing O against Ball State's #79 ranked rush D.  If we are able to control what happens in the trenches on offense then we can run some clock and gain a distinct advantage.

Our top-ranked D vs Ball State's top-ranked O.  It will truly be a battle of epic proportions between these sides of the ball.  Can NIU shake the stigma that the MAC is purely an offensive league that doesn't play defense.  As the saying goes, "Defense wins championships".  Don't forget about RB MiQuale Lewis and Ball State's dangerous running attack.

Ball State's #7 in sacks allowed.  Will Larry English or anybody else on our D-Line be able to get to Nate Davis.  I think we will have to make this happen if we want to stall BSU's offensive attack.  We're both tied for the conference lead in TFLs so we both get a lot of penetration on the defensive side of the ball.

Ball State's supremecy in the return game.  This game may come down to field position and it isn't good that we aren't starting our offense further down the field on kickoff returns.

I'm happy there isn't too many names on here.  The extra days really gave some guys a chance to heal up.

Probable (may have limited PT):

I would have liked to have figured out who has the distinct advantage in the game tomorrow, but it is just too close to tell at this point.  Tomorrow we'll look at the series history and other reasons each team will want to win this game under the national spotlight.