Share All sharing options for: Huskie Basketball goes into hibernation

Against Loyola, NIU managed to get an early lead but couldn't take advantage of Loyola's offensive miscues, scoring only 25 in the first half.

Freshman F Tyler Storm had his coming out party coming off the bench to score 13 points and dish out 4 assists.  Michael Patton continues to make a statement scoring 12 points in only 19 minutes.  The starters in this game only accounted for a whopping 22 points!

Time to go home for the holidays.  Patton says the boys will be back in the gym Dec. 28th on the post game show.

20 days until our next basketball game against Toledo on Jan. 10th.

Sure it's Toledo who has fewer wins than us, but this is conference play that we have be tuned up for.  But then again this IS the MAC West, a conference division sliding the MAC down towards the bottom half of the nation.  We can win this division, but I'm really sick of the same key words at press conferences.  I don't want to hear about how "young" this team is or how they need to "gel" or about how they're still going through "growing pains."  These are becoming a broken record.

Somebody on this team needs to step up over this time off and really make a name for themselves to take some of the pressure off of Jake Anderson.  Tyler Storm's game against Loyola was a good start, but we need something more.  Some stellar rebounding.  Not missing any free throws.  Getting inside pressure.  Something needs to happen or else we won't be able to win one of the weakest conference divisions out there.

But for now, we rest. 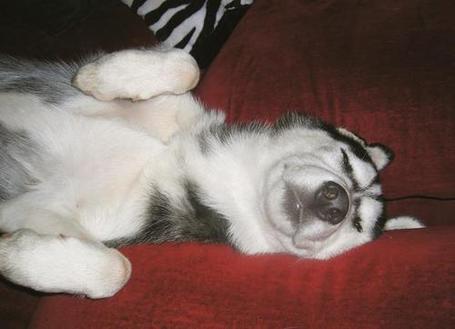