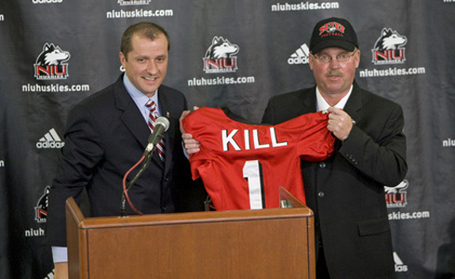 "What I want you to do to MAC coaches" - AD Jim Phillips via api.ning.com

Coach Kill sure wanted to make an impression right away in the Mid-American Conference.  In a one month span, Kill would lead the Huskies against 5 teams.  No coach survived this 5 game span, in which the Huskies showed the world that they would beat every opponent that they were supposed to and show up in big games.  Sorry Coach Dooley, Kill has one up on your sorry ass.  Who cares about that bowl game...

Northern Illinois quite frankly dismantled the EMU Eagles in every single phase of the game, embarrassing them at their own homecoming.  It was bad enough that nobody attends EMU games because Ann Arbor is a mere 15 minutes away from Rynearson Stadium, Coach Kill just had to rub salt in the wound.

Who's out?  Jeff Genyk.  With a 17-42 record since 2004, it was only an amount of time before Genyk was going to be fired as the perennial MAC doormat year in and year out. 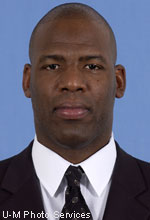 Who's in?  Ron English.  From 2006-07 he was defensive coordinator for University of Michigan and last year he was DC at Louisville.  English knows that he has to start small to make it big.  Last year he was upset that he couldn't even get an interview for the Southern Illinois that Coach Kill left to join NIU.  His salary will be $300,000 a year and EMU is looking to increase spending for football even more to have some sot of success.  This marks a turning point in the road for EMU.  If Ron English can't get it done at Ypsilanti, MI then nobody in this world can and they are a lost cause.

In an effort to get out of their offensive funk, Tennessee sophomore QB Nick Stephens started the game instead of Jonathan Crompton.  This proved barely enough to get past the Huskies in this game.  A couple of more conversions by our offense would have resulted in a different result in this loss.

Who's out?  Phil Fulmer.  I'm not huge on SEC football, but I'm pretty sure Tennessee Fans and administration were getting sick and tired of mediocre seasons year-in and year-out in the recent years of his 17-year tenure at Knoxville.  We were one of only 5 victories this year by the Vols.

Who's in?  Lane Kiffin.  The former USC offensive coordinator and Oakland Raiders coach provides a much needed boost to Tennessee football.  He's also bringing in his dad Monte Kiffin to coach his defense and has since added former Ole Miss recruiting savat Ed Orgeron as D-Line Coach.

The Huskies relied on a strong running game in this defensive struggle of a game against the Redhawks of Miami, OH.  Not much to say about this one except we barely fielded a QB out there on the field for the 2nd straight game with Harnish and Grady both reeling with ankle injuries.

Who's out? Shane Montgomery.  Despite being picked as one of the favorites in the MAC East, the Redhawks finished 2-10.  Montgomery has a 17-31 record in his 4 years as the HC of Miami, never regaining the success of the Big Ben years.

Who's in? Mike Haywood.  Haywood has a long history of coaching at BCS schools while not yet having that head coaching title.  Most recently he was offensive coordinator at Notre Dame from 2005-08.  English becomes one of only 6 african-american coaches in the nation.  Add in Ron English and that's 50% of all black coaches coming from the MAC conference.  Miami has a long history of great coaches including head Huskie Joe Novak.

Taking years of frustration of losing to Toledo every single year, the Huskies dismantled the Rockets.  They couldn't do anything on offense, as our defense provided opportunities that our offense capitalized on the entire game.

Who's out? "Toledo Tom" Amstutz.  Despite beating (a bad) Michigan team at the Big House, Toledo only finished 2-6 in conference play, as Amstutz decided to step down as HC a week after this game.  It wasn't enough as the Rockets haven't been able to achieve a winning season since 2005. 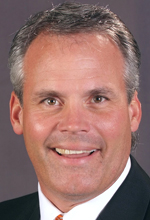 Who's in? Tim Beckman.  Beckman has roots in Ohio as he was DC for BGSU from 1998-2004 and was DB coach for the Buckeyes from 2005-06.  He comes as the defensive coordinator for Okie State, which hasn't really been known for much defense lately.

In another grind-it-out on the ground game, the Huskie chewed the Falcons for 233 yds on the ground in a game where we had possession of the ball twice as long as Bowling Green.  What a crappy day that was except for the NIU victory.

Who's out? Gregg  Brandon.  Despite having a 44-30 overall record and 2 bowl victories in 6 years as Falcons HC, Brandon is out after a 6-6 season well below expectations.  There is a lot of speculation to why he has gotten fired, including problems with the success of his student-athletes off-the-field and in the classroom.  He also struggled with finding an identity for both the offense and defense of his team this year.  He has found new life however, as he will be the new OC at Virginia. 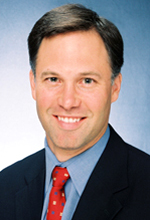 Who's in? Dave Clawson.  Uh...wasn't this guy one of the major factors that got Phil Fulmer fired at Tennessee as he was the offensive coordinator there?  Anyways, Clawson had much better success at I-AA powers Richmond and Fordham, twice winning coach of the year honors.  This is sort of a Coach Kill play here, bringing up a guy that has had success at the lower levels.  Just please don't let him have full reigns in running the Falcons offense.

There you have it folks.  Kill is on a tear to become the Dean of MAC coaches just in his first year.  He just has to take Central and Western Michigan out in the MAC West.  They may just move up to better jobs if they can avoid the "Coach Killer"