Former NIU coaches on the move

Share All sharing options for: Former NIU coaches on the move 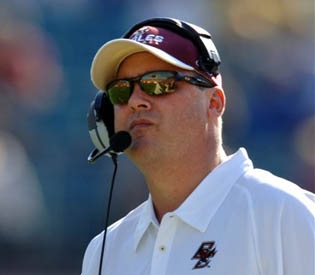 A bit of a stretch here, but 1986 Huskie O-Line Coach Jeff Jagodzinski has been ousted from Boston College after interviewing for the NY Jets job. 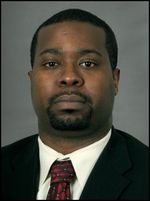 Jay Boulware - has been hired by new Auburn HC Gene Chizik as the Special Teams coach for the Tigers.  Boulware held the same job for the Cyclones under Chizik the last two years.

At Northern Illinois, he recruited future All-American and current Atlanta running back Michael "the Burner" Turner.

He spent the 1997-2000 seasons at Northern Illinois, coaching the tight ends for one season and earning a promotion to co-offensive line coach. In 2000, Boulware helped develop one the best offenses in college football as the Huskies ranked 12th in the nation in rushing and scoring and 19th in total offense. NIU's center, McAllister Collins, was named first-team all-Mid-American Conference. Ryan Diem, a three-year starter for Boulware, was a two-time all-MAC selection. He was drafted in the fourth round by the Indianapolis Colts in 2001.

Scott Shafer has taken the D-Coordinator spot at Syracuse, the same position he performed all season for the Michigan Wolverines.  Shafer served as DC for the Huskies from 2000-03 and was most known for his pressure blitzing defense and his upset of Alabama in Tuscaloosa during NIU's "magical" 2003 season.

TNIAAM likens him to some dude from the show "Heroes".  To me, he looks more like Graem Bauer from the show "24," who fatefully died last season when his dad induced an overdose causing a heart attack.  New season debuts Sunday!!! 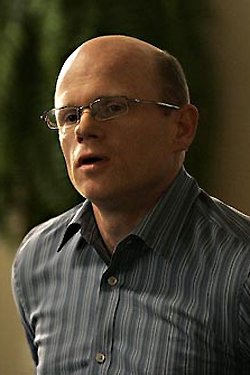