Nice cap to the weekend

Share All sharing options for: Nice cap to the weekend

Well not exactly if you're a Bears fan...but these two guys played against each other: 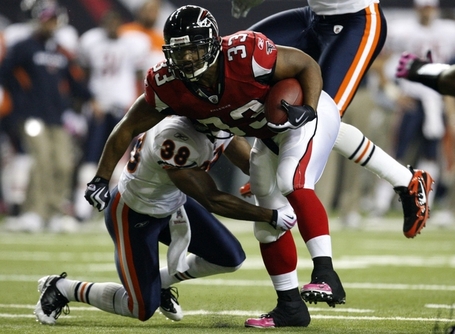 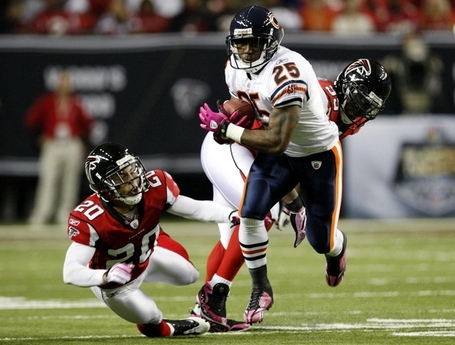 It's always great when "Northern Illinois" gets said by both a player (Turner) and the announcer (about Wolfe) on a Sunday-nighter.

Garrett Wolfe: 3 rushes for 15 yds.  Excelled at pass blocking.  Also was part of the wildcat formation with Devin Hester at QB.  He also played well on kickoff coverage.  Would love to see him be more involved in the offense, but that might have to happen on another team.