Has anybody seen that movie yet?  I think I might if it's scary enough.

I've wondered about this before and now I'm fully convinced:  The Glass Bowl is a portal to an alternate dimension.  You know, the one where all the ghosts come from in the Ghostbusters movies. Since 1967, we're 2-18 against the Rockets in Toledo.  Not to mention that since 2008, we're 2-9 in night games.    Something has to be up with that combination:

I mean, just look at the place: 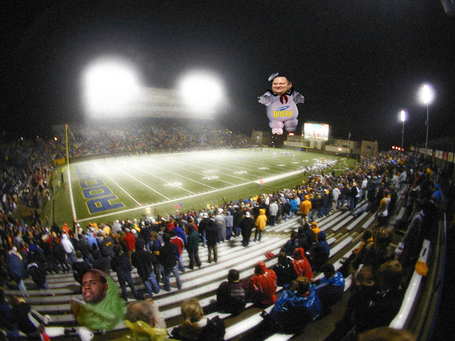 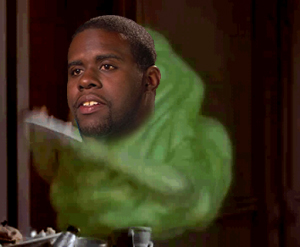 First of all, you can clearly see that Scooter "POINT SHAVER EXTRAORDINAIRE" McDougle snacking on food in the crowd.

And what's that in the background? 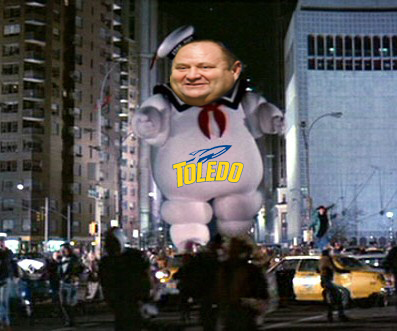 Oh dear God, Toledo Tom is still around and he's going to crush us with his delicious marshmallow exterior!!!!

And if that isn't enough... 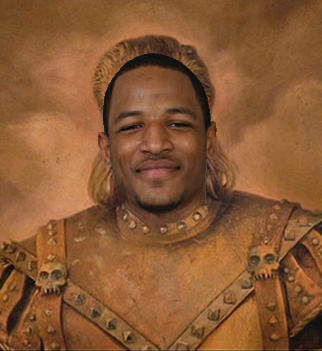 aka Barry the Cruel, Barry the Torturer, Barry the Despised has been All-MAC ever since the 16th Century.  I like the blond extensions though.

Looks like Coach Kill's gotta stop calling recruits for a second and call these guys:

I ain't afraid of no ghosts.

My apologies, this post sounded so much more cooler late, late on Saturday night as I was trying to chase away the sorrow.