Getting a little cocky now aren't we? 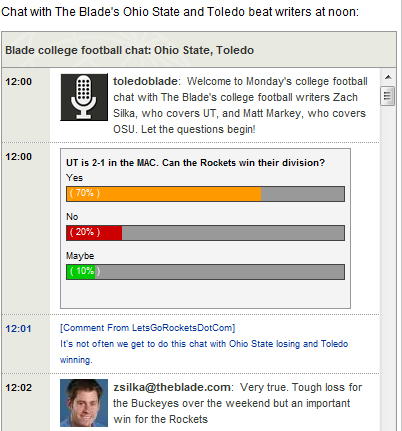 The funniest part is the first question counteracts whatever Midnight Blue kool-aid the fans are drinking.  Later on in the chat, you'll see that 90% of Rocket fans feel as though they will be able to beat Temple, a team on a 4-game winning streak, this weekend.

However, NIU fans probably felt the same way after Purdue...and Western Michigan and look how that turned out.