Screenshots from the Ball State game

Share All sharing options for: Screenshots from the Ball State game 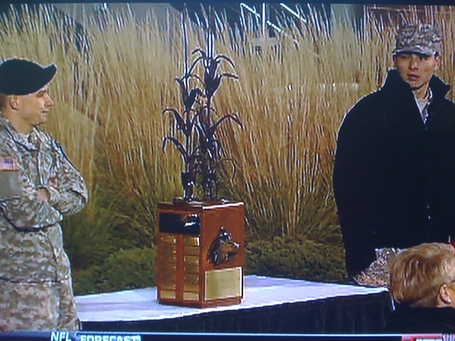 The Bronze Stalk Trophy in all of its...er glory.  Man is that thing ugly. 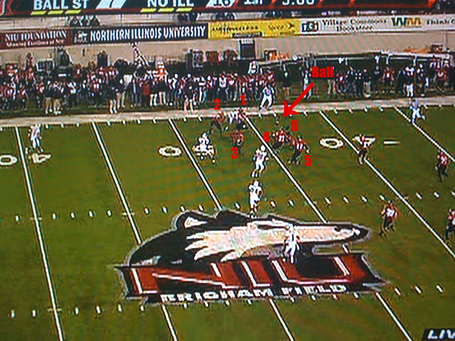 Kill decided to surprise everybody by kicking an onsides after going up 16-7.  It was a perfectly set up play, but Tommy Davis just couldn't hold on the ball on hands team.  Somehow it bounced past him and into a BSU players hands.  The screen shows you how much of a good chance we had at recovering, as the ball only had to go past the 40 yd line and there were as many as 6 NIU players around the ball vs only 1 or 2 BSU guys. 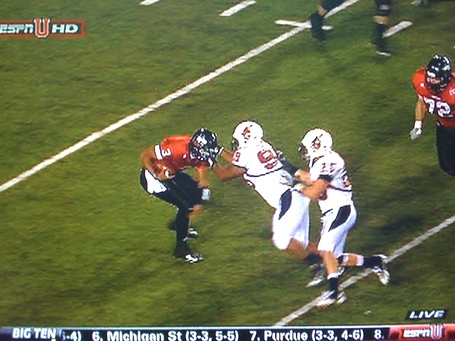 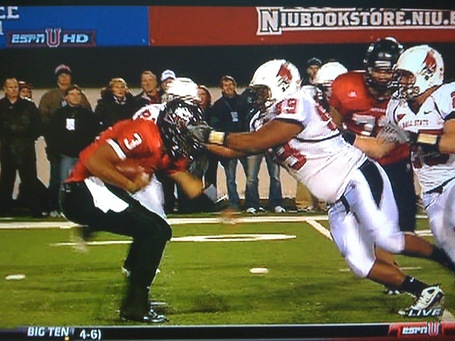 Blatant facemask on Grady that wasn't called.  Resulted in a 7 yd sack on 3rd down on the first drive of the 2nd quarter. 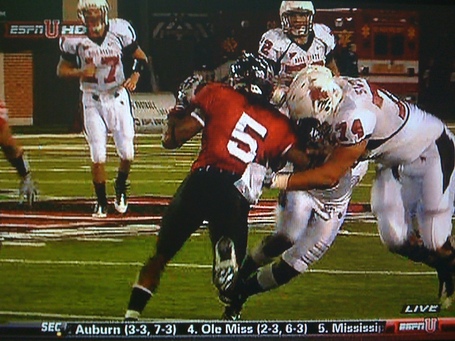 Obvious holding on Ball State.  Again, not called.  Result was a 3rd down conversion to keep their drive alive that resulted a second straight FG by the Cardinals. 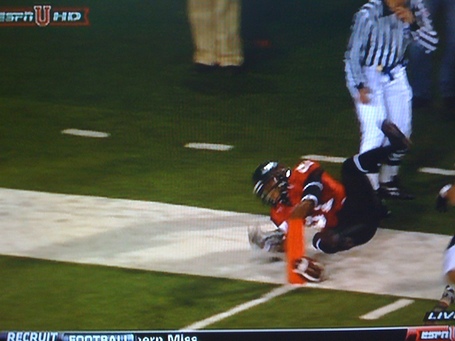 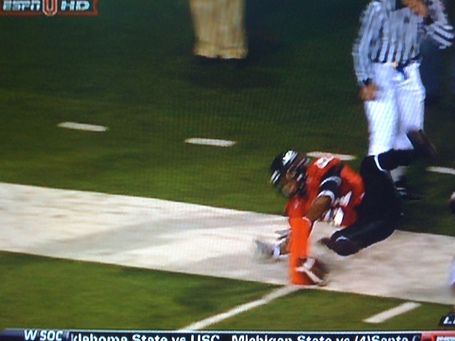 After NaPalm's huge endaround, the refs ruled the ball down at the 2 yd line.  As you can see from the screens, the ball dropped out of bounds right before it went in to the endzone and recovered by Ball State.  The refs got this call right. 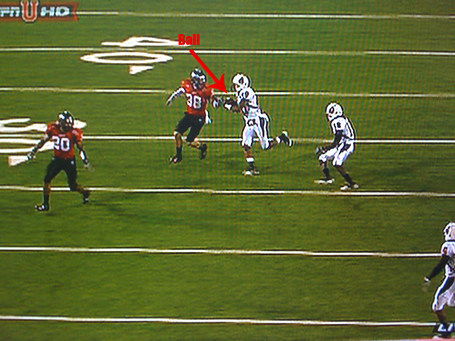 After the first drive of the 4th quarter, NIU punted and it seemed as the ball bounced off a BSU player as Sobol recovered for the Huskies.  You can clearly see from the replays the ball change direction as it goes right through the Ball State player's hands.  However, the refs ruled it Cardinals ball. 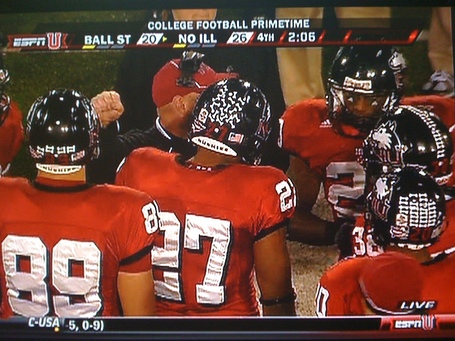 Ah, the many ways you can put bones on your helmet.  I like Spencer Williamson's "Krazy Bone" the best. 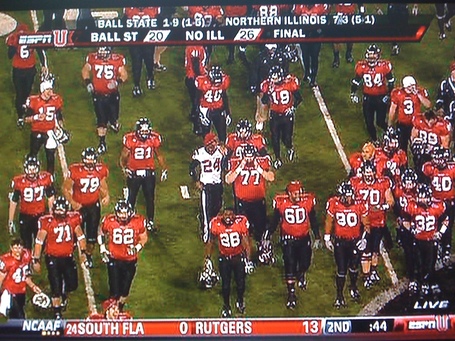 Wait, this game was for a rivalry trophy?  No postgame rush to go and hoist the Bronze Stalk.  This may take some time to get used to.