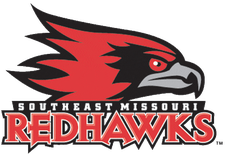 Somehow we managed to schedule the team that Tennessee State is supposed to finish in front of in the OVC. They're returning to Dekalb after we beat them in last year 97-73 in Cape Girardeau, MO on the heels of Sean Kowal's 21 pts and 13 rebounds. That was our 'bracketbuster' and the only road victory last year. Jake also had 18 and Mike D had 16.

What they're good at:

What they're bad at:

Fouling too much, offensive rebounding, offense in general.

Key to the game:

Get to the line and make some damn free throws!