The Daily Diesel is taking all precautionary measures

Share All sharing options for: The Daily Diesel is taking all precautionary measures

If you haven't noticed already, Red and Black Attack went under a redesign recently.  If you have any input about how it looks feel free to leave any comments or e-mail me at rabattack@gmail.com

Considering we're playing an 0-8 Eastern Michigan team tomorrow, you would figure that we would rest some guys with the short week and all.  Not so fast my friends!

One reason for optimism would be that Onyebuagu played the entire game this past Saturday against Akron despite injuring the ankle in the first quarter. Kill praised Onyebuagu for how he played against the Zips.

Safety David Bryant [knee] will not but Kill said Bryant was looking much better and he was hoping to get the senior back for the Ball State game next Thursday. Finally, there is no update on quarterback Chandler Harnish's knee.

"I told [trainer] Kammy [Powell] I didn't want to know anything until Tuesday, because then you just get your hopes up," Kill said. "So right now we're concentrating on DeMarcus [Grady], which after watching film, the strides from Game 1 to 2 were immense. Now we need to take him another step." 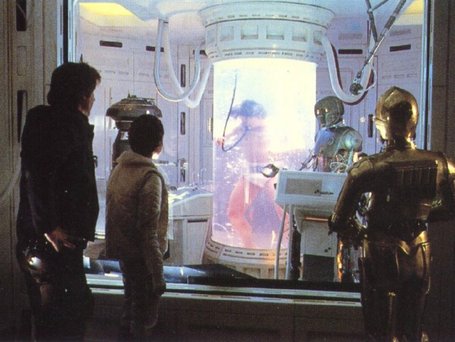 Inside the Yordon Center, all eyes are upon Chandler Harnish's rehab.

Huskie tailback Chad Spann must be eating his Fruit Loops lately: He’s been following his nose more than Toucan Sam.

Only Spann’s nose doesn’t lead him to cereal; it leads him to the endzone.

After a two-touchdown performance against Akron this week, Spann is tied for the No. 5 ranking nationally in scoring.

Northern Star Online: Lack of support from stands does not affect results for Huskies football

Northern Star Online: The life of a cornerback; Patrick George

Boosting attendance: Athletic director Jeff Compher said there will be some changes at games in the Convocation Center to try and raise attendance levels.

Compher's main idea is an ongoing dodgeball tournament at halftime among various student groups, leading to a winner at the end of the season.

"I'm really looking forward to that because I'm learning more about dodgeball," Compher said. "[Deputy athletics director] Glen [Krupica] pointed out to me that we used to call it bombardment when we were kids. But there's actually like rules and everything for it. ... I think that will be a lot of fun and draw some good student excitement to it."

Some of the other ideas include doing less promotional activities in the final 10 minutes of a game and having the band play more and the cheerleaders be more active. NIU averaged 1,806 fans at home last season, which was ninth in the MAC.

"Those last 8 to 4 minutes really mean something to the outcome of our games so we're going to be focused on that and how we can get a great atmosphere the last few minutes at all of our games," Compher said.