How NIU came out on top this Bowl Season, without even playing yet

Share All sharing options for: How NIU came out on top this Bowl Season, without even playing yet

In life, there are winners and losers.  Northern Illinois is a winner.  A winner with a 7-5 record against some of the worst teams in the nation.  A winner that is quite possibly the 3rd or 4th best team in the MAC.  A winner that still has a lot to prove.  A winner that is now set up in the best possible situation to succeed this bowl season.  Was this by luck or by destiny?

The Opponent: Out of all the MAC bowl games being played, USF is the only opponent from a BCS conference with a winning record.  Of course 3 of those wins came from I-AA/Western Kentucky, but who's counting.  Temple isn't even sure if they're playing a 6-6 Army or a 6-6 UCLA yet.  It's nice to know your opponent early.  We do a fare share of our recruiting in Florida, so this game could turn some heads.

The Location: Toronto is the most interesting location yet (sorry Shreveport) for a bowl game.  Although you need a passport, it's probably easier to get to and only 8-9 hrs away if you choose to drive.  There's going to be a lot more NIU fans there than USF fans, I can tell you that.  The close proximity is definitely a treat for the fans of the Huskies and an excuse for people to visit the great city of Toronto.  Plus, the legal drinking age is 19!!!

The Timing: We'll be playing January 2nd at 11 AM Central.  What game is going to be seen by more people: The New Year's Outback Bowl between Northwestern and Auburn at 10 AM when you're extremely hungover?  Or completely sober people the day after on Saturday, craving as much college football as they can get?  As one of the later bowl games being played, we also get to maximize our practice time before the game.  In my opinion, the International Bowl is the 2nd best game to go to in the MAC just because it's played after Jan. 1 (GMAC is Jan 6th).

Central Michigan: So they win the MAC Championship, now what?  Congratu*****LATIONS.  You get to go to Mobile, Alabama to take on the Troy Trojans, champions of the Sun Belt.  To solve the question that people have been wondering for ages: What conference is better:  The MAC or the Sun Belt?  What's that...Troy lost to Bowling Green in their season opener?  Nevermind... 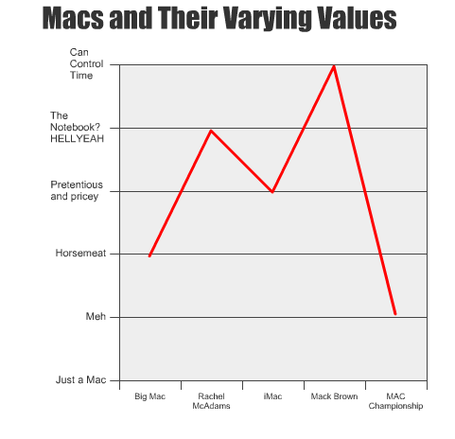 Ohio: In the process of beating NIU & Temple to win the East, you got pretty beat up and failed to execute enough to beat Central Michigan.  Now you get to go to a post-apocalyptic city in Detroit to take on a 6-6 Marshall team that just fired their coach to decide which team wears an uglier shade of green.

Bowling Green: The Freddie Barnes-led BGSU Falcons travel to the blue turf in Boise for the 2nd time in 2 years.  This time to take on the 2nd best team in the state in the Idaho Vandals.  I should shut up now since those guys beat us at home.  But Boise for the holidays?  No thanks.

South Florida: For some reason, the USF Bulls are going to a bowl game 1,400 miles away from Tampa, when they could have gone to the St. Petersburg Bowl, only about 25 mi away.  The St. Pete's Bowl invited Rutgers instead.  Can somebody explain that to me?  Their fans are going to have a very, very tough time getting to the game.

The International Bowl: In the past, they've been able to rest on their laurels that a Big East team from the Northeast would go to their game (Cincy, Rutgers, UConn).  I've already heard that the game is having financial/contractual troubles and may fold in the near future.  Hopefully the citizens of Toronto show up in droves.  This matchup is not going to help ticket sales improve whatsoever.  Rutgers would have been a good choice!