In the second edition of breaking down the athletes that signed on to our fooball team, we highlight the players that decided to stay in-state to play for the Huskies.  The talent level in Illinois was a little down this year, so you just had to look a little harder to find some of the better athletes in the state to suit up for D-I ball.  The recruiting services were pretty late in picking up tabs on guys like Baxter, Jefferson, O'Neal and Ware.

Anthony Wells was a huge get for Kill and the Huskies.  He has the potential to terrorize MAC backfields and provides an immediate boost to our young D-Line.  Wells is definitely one of the best prospects in this class. Yes, he is sporting the mohawk look.  What a badass I hope he keeps it.  The last two players from North Chicago?  Atalanta Pro-Bowler RB Michael Turner and LB Josh Allen.

And...being the badass that he is he also posted on the Dog Pound thread about his commit.  I love when players do this:

First let me start by saying how glad I am to be a Huskie. I look foward to carrying on the tradition of players form North Chi that attended NIU. I also look foward to helping our team win a MAC championship and lots of Bowl games. Any way im not surprised some people are saying I might not be good and rivals overated me, but believe me I will prove every doubter WRONG again like always, TRUST ME IT'S NOTHIN. And to be honest with everyone I didn't have all those big offers because frist my name got out late. Second many one days I wanted to attend I couldn't get to. And last my highschool team went 2-7. And I think its pretty tuff to play a whole game going both ways fighting O-linemen and D-linemen pluse special teams. Now these are not excuses folks I'm just sayin I love when people doubt me because I make them look stupid.... And I will not turn out to be a bust I PROMISE U THAT, can't see myself letting that happen. Oh yea the film they have on espn is from my sophomore year in high school. If u ask me I sucked back then Lol. My game has gotten way better, And my get off will continue to get faster and faster people. GOOOO HUSKIES

"Anthony could just dominate games," King said. "At some times he was just unblockable." 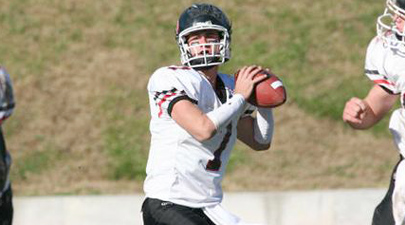 AJ Hill is Nick Hill's brother, who is the former Southern Illinois QB who signed recently with the Chicago Bears for a little bit.  Hill was obviously extremely familiar with Kill and was one of our first commits.  He provides some depth at the QB position and fits in to the style of Kill's offense as he is good at running the ball as well. 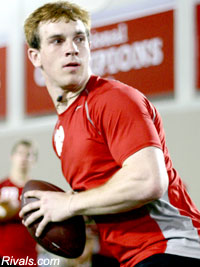 Lynch has been the stalwart for the Mt. Carmel offense all season long.  He isn't the prototypical college quarterback and will likely see time at safety coming in as a freshman.  He was more of a runner than a passer in HS and probably just doesn't have the arm to play in D-I. 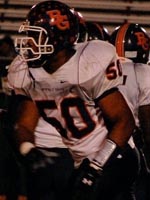 Baxter seems pretty undersized to be a full-time defensive tackle for us.  In HS at BG, he also played O-line, fullback and tight end.  He was also a track and field athlete that can be a versatile player wherever he picks a position. 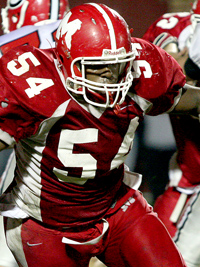 Jefferson was named to All-State teams by both the Sun-Times and EdgyTim.  He put Marist on his back and guided them to the quarterfinals in the state playoffs after playing in one of the toughest conferences throughout the regular season. 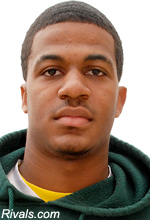 O'Neal seems a little undersized to be playing DE, but it seems like he can put a ton of weight on his 6'4" frame.  Also played QB and Safety in HS and was an All-Conference Basketball player.  Definitely has the athleticism that Kill is looking for in a player.  Could possibly play TE for us. 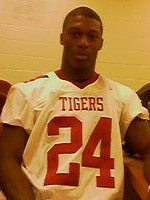 "I went to their camp in early June and I really liked it there," he said. "And, I wanted to stay close to home."

He plans to major in accounting. "I'm taking business programs already," he said. "The business school at NIU is ranked third in the nation."

Ware does it all for Plainfield North defense (Sun-Times)

On signing day, Kill said that Ware was one of the fastest kids that he had in camp as he tried to impress the Huskie coaching staff.  If he can add some size he can challenge for a spot in our defensive backfield as a freshman.

Next up: players that didn't stray too far from their Midwest roots...