Share All sharing options for: Signing Day Pics and Notes

"They really wanted me right from the beginning," Anderson said. "I'll never forget that. I'll never let them down."

"It's basically the same process without the money," Phillips said of walking on. "You go through the official visits, you sign a letter of intent, you're a part of the team. You just don't get the cash for your education."

"That means I'm not just cannon fodder," Phillips said. "It's not a scholarship, but it's not just automatically being thrown on the practice squad or special teams. The coaches know who I am; it's not like I just showed up a practice one day and said, 'I want to join the team.' "

The first Wednesday in February is an exciting time for the athlete, their family, coaches and their administration.  Here are just a couple pictures of these special athletes at their signing ceremonies at their respective schools: 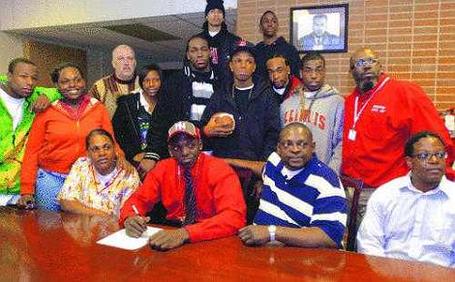 MICHAEL SCHMIDT ? MSCHMIDT@SCN1.COM Anthony Wells wears an NIU hat as the North Chicago High senior signs a letter of intent to play football at Northern Illinois University. The defensive end is flanked by his parents, Pamela and Anthony. At far right is his Warhawk football coach Darrell King.  Link 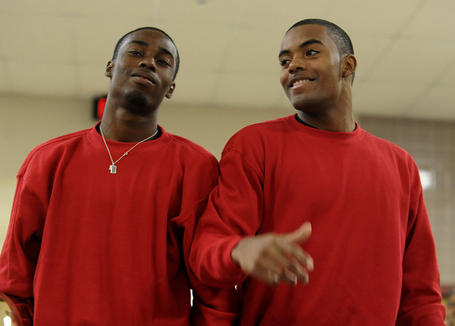 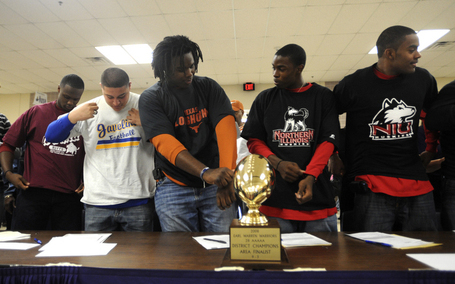