Due to a relative down year for talent across Illinois and the Midwest overall, Kill looked to Florida to reel in some talent from the Sunshine State.  LBs Coach Tom Matukeweicz and RBs Coach Tom Reeves have been scouring Florida for talent for the last 10 or so years now, so this is nothing new.  We were able to score two linebackers that will play sooner than later as well as a bevy of speed guys that can make an impact. 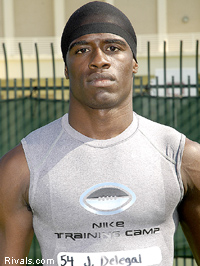 After being highly recruited out of HS, Delegal ran in to some acadmic issues his last semester in HS.  Eventually he made his way to Joliet Junior College, which makes the transition to Northern Illinois that much easier.  After losing McCarthy and Griffin in the middle due to graduation, it only makes sense that Delegal is going to come in and be the man for his last two years of eligibility.  Originally a DB in high school, he could even play one of the OLB spots if needed.

After searching around the internets, I found this little tidbit out how Delegal tried to play for Marshall after not qualifying for NC State:

Jordan Delegal also looked elsewhere first for his college choice. Delegal was a 2006 signee for N.C. State, but a final semester slip of his GPA caused his ACT score to be just a little too low for 2006 eligibility. Delegal tried to raise his ACT score instead of beginning his Wolfpack career. After he got a higher score, the coaching staff change in Raleigh caused him to look around and after a December visit he decided to enroll at Marshall in January. The 6 foot, 180-pound safety from Hollywood FL should get a scholarship at some point pending clearance by the NCAA Clearinghouse; in 2006 he claimed offers from schools like Wisconsin, Iowa, Iowa State and Mississippi in addition to N.C. State.

But...this is Marshall we're talking about and was subsequently booted off the team after attempting to rob an ATM customer as well as throwing punches in a fight.  The charges supposedly got thrown out, but I'm assuming Marshall couldn't afford to keep Delegal on the team.  The actions are questionable, but Kill has been known to give second chances in the past on players. 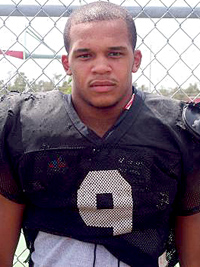 In addition to Delegal, Butler seems like the type of player that can come in and make an impact right away.  He has better size than his counterpart and was recruited by a couple big-time schools. 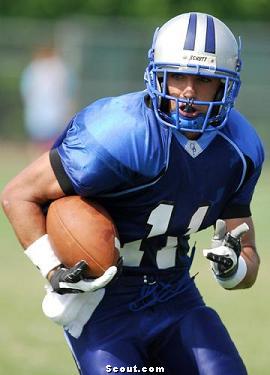 Rodriguez is a little undersized, but makes it up in toughness.  This speedy WR played both ways and could possibly be utilized the same in college.  Should be a stand-out run blocker on the outside. 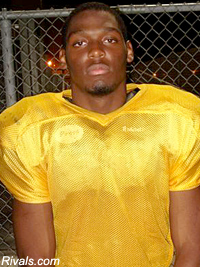 "They’ve been on me since the spring," Kirkland said from Dekalb, Ill. "The biggest thing was the coaches and how they’re trying to build the program."

Kirkland is our only commit from the RB position.  With his speed and size, he should challenge immediately for a spot in the crowded but unspectacular NIU backfield. 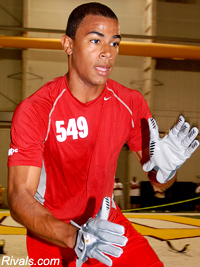 In the continuing process to improve our team speed and replace guys in our defensive secondary, Evans comes in to the fold.  He also provided the best quote I've seen from any of our recruits:

And then there's his approval of the Huskies' coaches: "They're really young and energetic. They're easy to relate to, not like playing for a cranky old guy that needs his nap all the time."

Next up: Wrapping this whole thing up