Former Head Football Coach Joe Novak ran an extremely clean program during his tenure at Northern Illinois.  Year in and year out, Novak expected the absolute most out of his players and there were almost zero altercations with the law.  The lone exception to my knowledge happened on a fateful early morning Sunday, November 26th, 2006.

William "Bill" Ikegwuonu and his twin brother Jack Ikegwuonu (Wisconsin grad currently with the Eagles) were accused of breaking into an off-campus apartment and trying to steal an X-Box.  The charges that they faced were both residential bulglary and criminal trespassing.  Residential bulglary is a felony with a maximum 4-year sentence with a $25,000 fine, as the trespassing charge is only a midemeanor.  William posted a $50,000 bond, while Jack posted a much larger $150,000.

Hey, what else is there to do on a Saturday night in Dekalb other than hang out with your twin and go around looking for shit to steal?  Both of their seasons were over, with long layoffs before their respective bowl games.  Bill redshirted in 2004, but never saw a down of playing time in either 2005 or 2006.  I guess he figured that being in Novak's doghouse for that long he could do whatever he wanted.  The future for him (unlike his brother) was not in playing football.

Why did this take so long?  Let's look at the postponements that took place that got in the way before this case went to trial:

Reason: Judge could not reach courthouse because of flooding in Sycamore

Reason: Ikeguonu's attorney motioned for a continuance so they could locate a witness 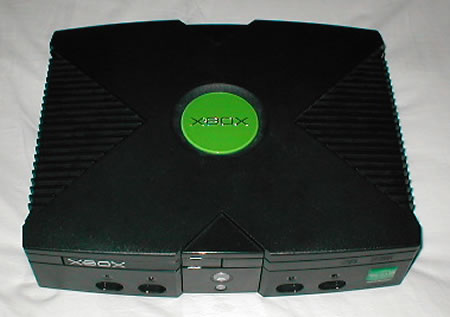 I'm sure I'm missing bits and pieces in there, but you get my drift.  This was the LONGEST, MOST DRAWN OUT TRIAL EVER.  The price of an X-Box has depreciated tremendously to under $100, but who wants one of those nowadays?

The first paragraph tries so hard to paint a picture of innocence, that it sounds pretty ridiculous if you ask me:

SYCAMORE – What police and prosecutors say was a burglary at a townhouse was actually a case of college students looking for a friend to hang out with on a slow night, lawyers said Monday in the opening of the trial of a former NIU football player.

Aww, looking for a friend to play with on a Saturday night.  Isn't that nice.  Here's where the story gets interesting...I guess the prosecutor's name is Baba:

Ikegwuonu's lawyer, Frank Martinez, told jurors on Monday that his client was bored on a Friday night and early Saturday morning and went to the townhouse looking for a friend of a friend. When a tenant burst into the house, shouting at the apparent intruders, Ikegwuonu panicked and ran away, lawyers said. Martinez says Ikegwuonu was looking for Baba's roommate.

The good feelings of no harm done resonate between both sides after this had happened:

"There was no intent to steal – only an intent to find a party," Martinez told jurors Monday.

But then it takes a turn for the worse:

Prosecutors, though, say Ikegwuonu admitted to police that he was an intruder in the house and that, once inside, he looked around to see whether there was "anything good" inside.

Prosecutors say Ikegwuonu and another man got into the townhouse through an unlocked back patio door and might have been in the middle of taking an Xbox video game player when they were caught by Baba.

Baba testified Monday he left work at a bar around 2 a.m. on Nov. 26, 2006, and was visiting with a friend who lived directly behind his townhouse when he saw that the patio door at his house was cracked open. Baba went home, saw two men inside and shouted at them to get out of his house.

When the two took off running, Baba chased after them. One man got away, but Baba chased another one to a friend's house, where he said the apparent intruder ran inside.

The keep referencing Jack Ikegwuonu as "another man", just to clarify.  They did this because he is being tried seperately, but it's really annoying.  It's just interesting that we finally get to see the complete story of what happened that fateful night.  This all seems tame, where's the action?

Baba then called police, who found a pair of sneakers along the path of the chase. Prosecutors say the sneakers belong to Ikegwuonu, who they say was running so fast from the house that he literally ran out of his shoes.

I take it this is how they both trained to be defensive backs?  This reminds me of the Dane Cook sketch where the person's shoes came off as he was hit by a car.  As for the actual taking of the X-Box, this is what happened:

Baba also testified that nothing was taken from the house, but that an Xbox video game player had been unplugged and might have been moved from the place he left it before he went to work that night. He testified he heard one of the intruders drop something on the floor when he confronted them, but that it was too dark inside to see what had been dropped.

The trial went a second day and Bill Ikegwuonu was found not guilty of residential bulglary, a felony charge.

The extent of Ikegwuonu actually taking anything was just thinking about it and seeing if anything "looked good" to take.  I'm surprised and shocked at this verdict, as I believe that this could have been solved a lot sooner than it actually did.  If Ikegwuonu had kept going here, he would have been a Senior, possibly graduating in less than a month.  It's hard to believe that the long journey of the Ikegwuonu twins with every comedic delay and twist, is over.  Just another off-season story wiped from the sheets.  Coach Jerry Kill is a no-BS coach, so I don't see any of our current players acting up for years to come.  But there's always hope in a long off-season that somebody is going to screw up, but no one player will match the saga of the Ikegwuonu twins and their X-Box stealing journey.