Potential football walk-ons for the Fall

Share All sharing options for: Potential football walk-ons for the Fall

-State qualifying shot-putter Jace Werkheiser of Freeport plans on walking on to the Huskies, but how will he respond to take Coach Kill's morning practices?

"I threw like crap again," said a disappointed Werkheiser. "I’m just not used to throwing in the morning."

Hopefully he can get used to practicing in the morning.  Werkheiser's latest bio lists him as a 6'4" 250 lb lineman.  Freeport is located west of Rockford and their mascot is a pretzel.  Seriously. 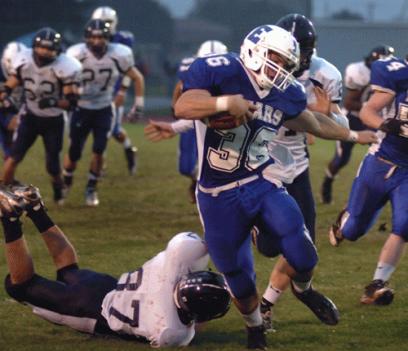 -Shane Rosenberry out of Elizabethtown, PA has committed to wrestle for Dave Grant and the Huskies, but might take a shot at playing football as well.

Thought I heard through the grapevine that Rosenberry might try and walk-on to the football team. Couldn’t get that confirmed. But he’ll definitely wrestle for NIU.

Dave Grant wants him to wrestle at 197.  Gaining weight for football and then losing it during the wrestling season can be an extremely tough thing to manage.  Rosenberry projects as either a FB or a MLB for the Huskies at 5'10 200ish.  I don't see this happening as Grant runs an extremely tight leash on his consistently good wrestling team year-in and year-out. 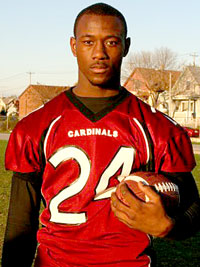 6'4" 215 lb LB George Rainey has committed to walk-on to the Huskie football squad.

"I liked a lot about Northern. I liked their beautiful campus, how it sits off in the middle of nowhere, but at the same time, it is a nice little country city that reminds me of my old home in Mississippi.

"Other things that I liked about them is chemistry the team seemed to have, and how even though I wasn't coming there for a fact at first, they took me in as one of their own. The thing that I liked about them most is that although I didn't meet the NCAA standards at first, they still believed in me and did everything they could to give me the opportunity to play at the Division I level," Rainey explained.

"I also like the defense that they run. It is a lot like ours at South Division where it gives me, the linebacker, room to run around and make plays," he added.

That's a lot of props there for NIU.  Thanks George for the nice compliments on the campus and the team.