An ensuing recruiting coup of Wisconsin?

Share All sharing options for: An ensuing recruiting coup of Wisconsin?

Both of these players have since committed to the Minnesota Gophers, apparently the new force in Wisconsin recruiting.

The Badger state has been quite kind to Northern Illinois in the past providing us the kind of underlooked athlete exemplified by current Dallas Cowboys OT Doug Free.  Our offensive coordinator/OL coach Matt Limegrover has taken over duties north of the border recruiting top-ranked S Jody VanLaanen last year along with DT Zach Anderson & OT Jared Volk as incoming recruits, both ranking as top-10 players in Wisconsin.

This year we're aiming extremely high at the #1 and #2 players in Wisconsin, both linemen.  In my opinion, it is going to come down to how much playing time each of these players desire.  If they want to sit on the bench they can go to a mid-level Big 10 school like Minnesota or Indiana.  If they want to make more of an impact, then they should come to NIU.  Both players also don't appear to have offers from the Badgers, which is unusual.  Hopefully this is just the start and there is more talent waiting in the wings up north. 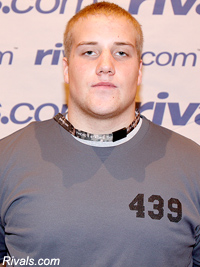 He said Wisconsin does not rank high on his list.  His top 3 are Minnesota, Northern Illinois, Central Michigan.  Wisconsin wanted him to go to their one day camp that was earlier this week and he turned them down and in his own words basically ruled Wisconsin out of the picture. 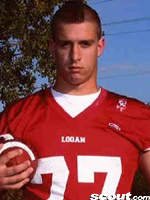 The mohawk is a nice touch.  Good luck to both of these players and their recruitment.

I was also going to add RB Xavier Whitaker to this list, but it appears he has recently committed to the Indiana Hoosiers.