Share All sharing options for: The Mike Korcek Situation

This news is a little old, but I waited for some stuff to settle out.

Want to know something about the history of Northern Illinois Athletics? Then look no further than the walking, talking NIU encyclopedia Mike Korcek. 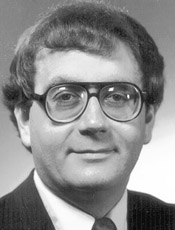 Mike has been the rock in the Athletic Department having worked there for 34 years, 22 of those years as the SID. Since retiring from the main Sports Information Director Job in June 2006, his new title was SID Emeritus. His new job was a lessened role, but he still played a big part as a historian of NIU Athletics.

He is a legend and there's nobody quite like him. Think of a behind the scenes Joe Paterno, even though Korcek is at the ripe old age of 62. The Northern Star recently ranked him as the 29th greatest Huskie of all time, having won numerous awards for his excellence at his position at Northern. He also organized Heisman campaigns for running backs Leshon "Cowboy" Johnson & Michael "The Burner" Turner.

When it was announced last week that Korcek would be let go last week by the Daily Chronicle, people were shocked. How could this happen to somebody who has bled the Cardinal and Black for as long as anybody can remember? Deputy Athletic Director Glen Krupica took up to 6 months to decide to let go of his close colleague in Mike:

"Now that three years have past, the Hall of Fame display is up and intact, and Mike had done a tremendous amount for years on that," Krupica said. "Since we have that project done, the department felt the position was not needed anymore.

"The position to a great degree has run its course."

Korcek led the Hall of Fame committee and put together the biographies for the hall's members. Krupica was confident the athletic department and committee members could absorb Korcek's duties.

"We have a great cross-section of people with NIU ties and former athletes, a number of whom have become Hall of Fame people themselves," Krupica said.

Korcek's thoughts on the whole situation:

Korcek said he doesn't really understand why the athletic department felt that way.

"It's kind of like the family doesn't want me anymore," said Korcek, who volunteered to work on this year's NIU Hall of Fame class and will continue working on it until it's done. "It'll be an adjustment. And it'll be time to move on."

Krupica said he understood Korcek's position, but added, "it's our decision."

I'm neutral on this whole issue. Sure, I would have liked it if Korcek stayed for a few extra years. I also see the athletic department trying to move themselves forward instead of dwelling on the past. Athletic departments across the nation are trying to cut costs in any way possible, so that could have been part of it as well. If I were him, I'd start writing a definitive historical book about Huskie Athletics with all the knowledge he possesses.

I honestly don't know and probably will never know the exact reasoning for this happening. What seems silly to me is that when NIU HOFer Don Fortunato passed away a few days ago, who wrote up his eulogy? That's right: Mike Korcek. Then what happened? The athletic department took that article and slapped it on their official website.

So much for somebody else taking over his duties.