Share All sharing options for: NIU Basketball Recruiting: The 2010 Offers

To some of you dedicated Huskie roundball fans, you may be familiar with a good amount of these players.  Odds are that you haven't been able to keep track of every single prospect that comes up with an NIU offer.  Here at RABA, we try and ease that chaos.

The majority of these offers have been out for a long time, as this summer it seems like the coaching staff is focusing on the 2011 class which we will talk about next time.

In terms of players that we have lost already, 6'10" F Kevin Noreen of the AAU Minnesota Pump N Run has committed to Boston College.  Along with the ACC power, Noreen also had an offer from Gonzaga.  NIU has 2, count 'em: 2 scholarships to give away this year to potential prospects.  As for the status of the current roster, you can check that out here. 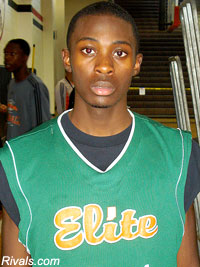 NIU doesn't have any senior guards leaving, but getting McCall would be a huge get in the fact that sometime in the near future we are going to have to replace G Jake Anderson.  He will only be a Junior next year, but the smallish Anderson shocked everyone by declaring for the NBA Draft this year, only to pull out at the last second.

I'm surprised by how many offers McCall has across the board because of his size.  He must make up for it with tremendous ball skills and shooting ability.  NIU was the first to offer him in his Sophomore year of high school, and he attended the NIU camp at Moody Bible last month.  Also has a lot of experience playing the point if needed.  McCall would be the perfect 2011 recruit, but NIU is just stacked with guards right now.  Jake will always need a backup if he goes cold and McCall will then have 3 years to play as a full-time starter if he chooses the Huskies. 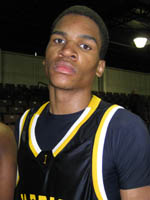 Evans not only dominates around the hoop, but has been developing a pretty good perimeter game that makes him a mismatch offensively.  He perfectly fits in to the small forward role in college as he is extremely strong and athletic, doing damage on each side of the court.  Think of him as having Lee Fisher's intensity and a lesser version of Tyler Storm's shooting ability combined.  Will be a nice replacement for 6'5" senior F Najul Ervin, who is mainly a defensive specialist. 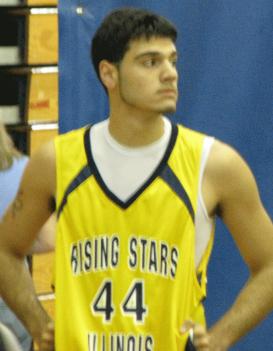 Gabriel Off To A Strong Start This Spring (ChicagoHoops)

I don't know too much about this guy other than he is a hard-nosed, workhorse type of player that can own the paint.  Exactly the type of player that we need on our team!  One of the youtube videos he has shows that he has an 85% free throw percentage, not bad at all for a big man.  Needs to improve his athleticism a little bit.  He reminds me the most of fellow 6'7" Michael Fakuade and he can certainly be a strong player in the MAC.  NIU was also the first to offer "Big Mike", who also excels in the classroom. 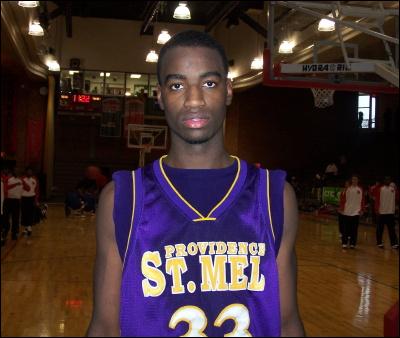 Jackson has great size and athletic ability with a lot of upside.  His main specialty is rebounding and blocking shots, but needs to become more aggressive.  Has a lot has potential on the offensive side of the ball, but is developing.  Would be a spectacular addition to the team with the loss of both Najul Ervin & Ante Dzepina in the post.  Could possibly play the 5 in MAC play. 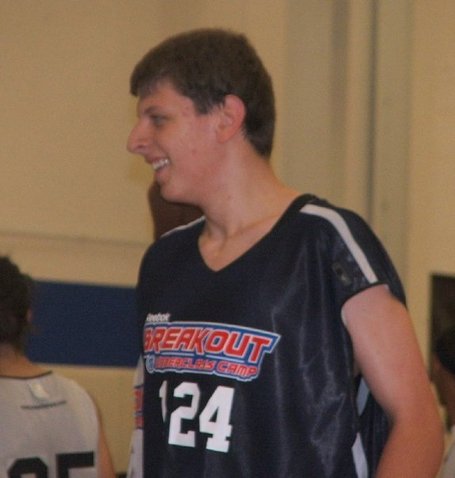 Threloff is a bit of a legend around NIU fans.  Obviously, we have the location factor working for us because he goes to Dekalb High School.  Is NIU too close for Jordan?  He's been known to attend every single home game that the Huskies play, but is taking the recruiting process very slow.  Never has he sounded too excited to play for the Huskies or much less any other squad that is recruiting him.  His offer sheet is impressive, courted by the who's who of Midwest basketball.

The hometown hero is going to be something you don't see much in college: a true 5 player.  Despite not being the most athletic player out there, Threloff has a strong base and prides himself on being a true workhorse with a strong offensive game.  Getting this player would not only improve the team immensely, but would excite the entire Dekalb community.  A guy in the middle is an absolute must with Ante Dzepina leaving.

Make sure to check out: The 2010+ NIU Basketball Recruiting Big Board for all of your updated offers surrounding Huskie B-Ball.

And don't forget about HuskiePride.com keeping you updated with all the latest recruiting news surrounding the Huskies.