NIU1981 pointed out that there were some recent changes to the NIU football roster.  Here's what is different:

Junior K Ryan Fillingim.  We've already added DE Kyle Jenkins & SS Garrett Barnas from Harper College, so why not add another from the JUCO?  He was named the Best Kicker last year in the Midwest Football Conference.  It's hard to find out exactly what his stats were at Harper, but he's strictly a FG kicker.

Freshman K Rory Noonan is a 2008 grad out of Lafayette, IN that originally committed to play for the Army Black Knights.  He then went on to play for West Point Prep School last year.  Again with the fuzzy stats.

Both of these players will compete with freshman Ryan Salerno for the backup kicking job to his older brother Mike. 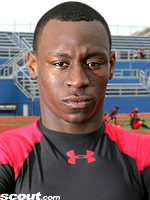 Yet another RB has been added to the roster in freshman walk-on Barrington Scott (5'11" 202) out of Snider HS in Fort Wayne, IN.  What's up with all these Indiana players lately?  Rushed for 1,057 yds as a Junior then missed some time with a knee injury his senior year.  Caught a good amount of balls out of the backfield and played for a strong high school program.  Has a 32.5" vertical and runs a 4.41 short shuttle with a 9'7" broad jump according to Scout.

Kyle Jenkins has been moved inside to defensive tackle, where Kill said he'll likely stay because of the play of freshman defensive end Alan Baxter. This move doesn't take place at the top of the depth chart, but it's worth noting because the coaching staff likes what Jenkins can do inside to help offset the loss of Mike Krause and feels confident enough in Baxter and the rest of the inexperienced defensive ends to move Jenkins.

Did I just read that right?  Alan Baxter goes from also-ran under the radar recruit to potential playing time as a freshman?  Talk about a first impression in the first few days of practices!

The football roster / elibility tracker has been updated with the appropriate changes.