Is it a sad thing when the sight of cornfield give you goosebumps?  I can't believe I just wrote that.

It was great to get out there Saturday.  I never thought I'd miss Dekalb that much.  Maybe its just for their athletic events, because the town kind of got sour after living there for so long (including this summer!)

The 250 or so fans, season ticket holders and HASF donors got their little packets containing their tickets and other goodies.  Three things of note stuck out to me. First thing was the roster:

They handed out these rosters that said they were updated on August 8th with the current practice jersey #'s.  Here are the changes from the online roster:

I don't know if these changes are permanent, but I'm just keepin note.  Then there was this weird little sentence at the end of the roster that said this:

Players in italics are as follows:

I'm going to (not) go out on a limb and say that these are injury-related circumstances.  We all know Krause is out for the season with his heart problem.  Kritikos hasn't practiced ever since a left leg injury sidelined him during spring practice.  Sabock must be still recovering from his off-season knee surgery.  Hopkins hasn't really been healthy since early in the 2007 season, despite a strong spring game performance.  The other guys are walk-ons.

Second was this thing: 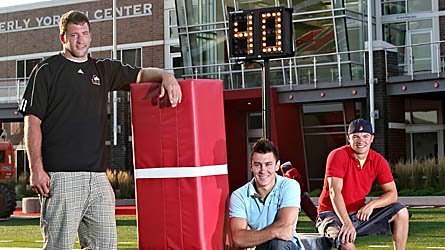 What the hell is it?  Recent graduate defensive lineman Craig Rusch had a lot of free time last year after a season-ending knee injury, so he put together a design for a machine to simulate cutblocks, something unheard of as a coaching tool.  The Daily Chronicle had a great article about this, but the picture wasn't that great.  I happened to stumble upon this while walking around Huskie Stadium and snapped a photo.  It's generated a lot of buzz and is being used in practice:

While the sled didn’t fit in the classroom, it was rolled into the engineering building for the presentations encore.

When the three students walked into the room to present, they were a bit surprised – it was packed. NIU coach Jerry Kill was there with defensive coordinator Tracy Claeys, defensive line coach Jeff Phelps, athletic director Jeff Compher, members of the engineering industry and a whole lot of family members.

“It was kind of nerve-racking,” Newquist said. “Britt and I didn’t know they were coming until that morning.”

Afterward, the group went into the hallway to see the sled in motion. A lineman starts blocking the pad and sled on one end of the 20-foot track and it will suddenly drop to their feet at certain adjustable triggering points along the way.

Eleven months, three models and plenty of headaches later the fruit of those long hours had its reward Friday morning. As the Huskies’ defensive linemen went through their drills, they used the cut-block machine for the first time.

Mork said that Kill would contact them afterwards to suggest things that need to be changed.

"It’s an interesting device," NIU defensive end Brandon Bice said. "It was a new experience. It’s kind of a goofy thing but it does the job. It does what it’s supposed to."

It’s still a prototype – with its own set of glitches – but if the trio have their say, it could also become an even bigger part of their lives in the future.

"We could sell the idea, work on a couple and then sell the idea or we could just pick this up as our career or our hobby on the weekends," Mork said. "There’s a couple different paths we could take with it and we’re looking at all of them right now." 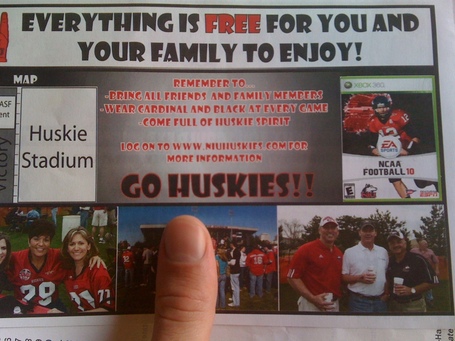 Notice something familiar?  In the top right of the promotional flyer is a hack job of the beautiful photoshop work I did way back in June.  Sure they might have dressed it up with a 360 logo and a Huskie logo, but we both know where the 'inspiration' came from. 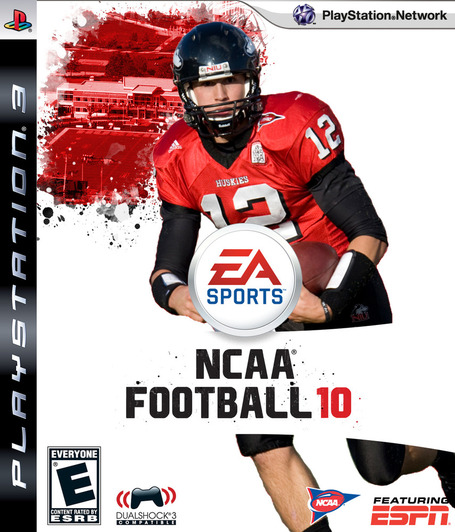