Fall camp is starting up as the team reports at 2 PM today and I'm excited as ever for the upcoming season and preparation for the season opener against the Wisconsin Badgers.  The tenative schedule for the preseason practices is located here and will also be posted on the right toolbar of this website.  The Chicago Media Day for NIU was at Harry Caray's restaurant on Monday.  Here are the highlights from the last couple days:

Thanks to the agreement with CSN Chicago and its string of on-the-field success this decade, Northern Illinois has become the most televised program in the Mid-American Conference. Since the beginning of 2004, every Northern Illinois home game has been televised. Overall, the Huskies have had 53 games broadcast in the last five seasons with a school-record 13 broadcast in 2006 and 11 last year.

670 the Score to broadcast football & basketball games for the next three years:

In addition to all Northern Illinois football games (except those which directly conflict with White Sox games), WSCR-AM will air 20 Huskie men's basketball games each year and will carry the school's weekly 30-minute athletics update show "NIU Live" on Thursday nights from August through March.

Dual coverage.  Both the Chicago Tribune and the Daily Chronicle put up some great articles about the Huskie offseason in the past few days:

The Broncos get together, without coaches, and do 11-on-11 drills on their own throughout the offseason. Then when they arrive at fall practice, they already have been working on the scheme for two months.

Harnish and his teammates took the not-so-subtle hint to heart.

Throughout June and July, at least twice a week, NIU's football team has gotten together for 7-on-7 drills.

"This summer, Chandler and our quarterbacks took the next step for our program," Kill said. "Maybe the Boise State article had to do with it, maybe it was because Chandler was a year older.

"We're so far ahead of what we were a year ago. We're going to be able to work faster on the fundamentals and move forward." 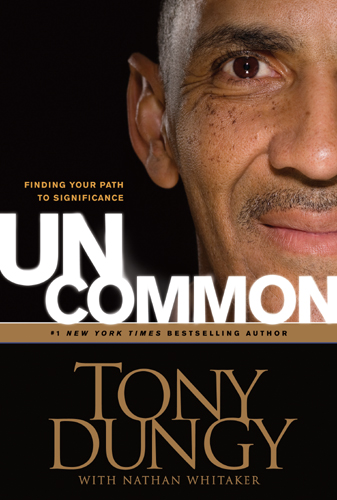 Some "Uncommon" reading material provided for the entire team (Tribune, Chronicle).  In one year's time, its changed the entire life of OLB Alex Kube:

The junior linebacker from north suburban Cary didn’t have the trust of his teammates or the coaching staff of the Northern Illinois football team.

But then Kube read Tony Dungy’s book, "Uncommon: Finding your path to significance," and his life changed.

"I wasn’t concerned with my performance in the classroom," Kube said. "It was football, football and more football. The book told me what I need to do to be a better person. This year I had a 3.0 grade-point average; I’ve never had a 3.0 before."

Compher also had no idea he would field an unusual request for additional funds from Kill, who proposed each member of the team should have a copy of the book that helped Kube find his direction in life.

"We didn’t budget for the book," said Compher, who like Kill is an avid reader. "But I knew we would find a way to figure it out. I love the proactive approach to leadership and thought it was a great idea."

"When you read the book you realize this is what you are supposed to be doing," Kill said.

"You are supposed to be doing the right thing, not what other people want you to do."

"Coach is always on us for school work," Onyebuagu said. "Football is just a bonus we are here for school. We’ve got to take pride in how we handle ourselves as people. Coach always stresses for us to be good people."

Potential surprise players for the Huskies this year?

Two NIU players have been consistently picked by teammates as Huskies who could surprise this season. On defense it has been middle linebacker Pat Schiller and on offense it has been wide receiver Marcus Lewis.

Cory Hanson on who has the best athletic talent on the team outside of football:

"Besides me, I’d have to say either Patrick George (Chicago, Ill./Gordon Tech) or Landon Cox (Calumet City, Ill./Thornton Fractional North). Those two can do some pretty good things off the football field. There’s a lot though. We have a lot of good athletes on this team."

The NIU kickers/punters have not yet been told about the rugby punt rule change for this season. For those of you wondering what it is, basically, the rule change is that If a punter carries the ball outside the tackle box before he kicks on a rugby-style kick, there will be no roughing the kicker violation. Obviously if the punter gets decked after the punt there will be a flag, but there is less protection for punters on the rugby kick. We'll explore in fall camp if that means fewer rugby punts for the Huskies.

...and The Daily Chronicle gets a tour of the Yordon Center.

Video from Chicago Media Day after the jump