Larry English's Contract allows him to do such things

Share All sharing options for: Larry English's Contract allows him to do such things

I had a link about this earlier and apparently it got picked up by a lot of sources.  Check out former Huskie Larry English's mug on the front page of Yahoo!: 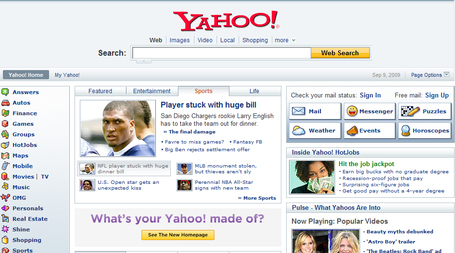 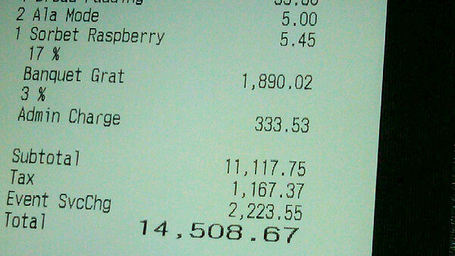 However, it looks like Larry got off pretty easy:

Upon further review, though, Larry English got off light. Shawne Merriman(notes) says that after he was drafted, his rookie dinner cost him $32,000. Maybe Merriman took everyone out to a fine steakhouse, and Larry English insisted on TGI Friday's. Five dollars to make a couple of deserts a la mode doesn't seem unreasonable.

Even worse was when Ryan Leaf came in to the league.  This explains a lot:

The other famous Chargers rookie dinner came back in 1998, when a young man named Ryan Leaf was expected to take everyone out to dinner. Leaf was, um, reluctant, we'll say ... so Junior Seau(notes) stole his credit card and made it happen anyway. Leaf had a fit, and his bill was only $3,000. I hope everyone enjoyed their Extra Value Meals that night.

That's one way to do it.

For those of you that were wondering, Larry English's contract with the Chargers signed this summer landed him $13.4 million with $9.9 million guaranteed.  Per the National Football Post:

The San Diego Chargers and rookie outside linebacker Larry English reached an agreement today on a five-year contract. The National Football Post has just been informed the deal is worth $13.4 million, which is a 6.5% increase over Cardinals’ cornerback Dominique Rodgers-Cromartie’s contract from 2008. Both players were drafted in the first round, No. 16 overall.

In addition, English will receive $9.9 million guaranteed (a 10% increase over Rodgers-Cromartie) and $3.6 million in playing time escalators.

Dear Larry, I'm expecting a check in the mail for attending all your games at Northern Illinois.  Or at least an Indoor Practice Facility.