First, let's take a glance at the current 2010 Commits:

I've done profiles on a few of these guys, but there is some catching up to do before signing day.  Check out the 2010 Recruiting Big Board for more info on all of the verbals.

As of today, the dead periods are over and it's time for the final stretch of recruiting before signing day on Feb. 3rd.  This weekend, Coach Kill looks to visitors from the Sunshine State for some help on both sides of the ball.  Good choice, because this weekend looks to be tame weather-wise (by Dekalb standards!)

After the jump we'll take a look at the three Florida prospects visiting this weekend. 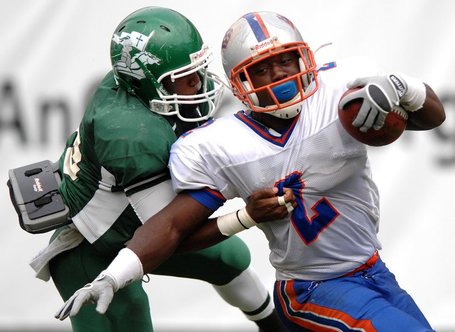 RB Jawan Jamison (5'8" 204 lbs) out of The Bolles School in Jacksonville, FL is the player that has been on NIU's radar the longest.  Rivals has him as a 3-star prospect and ranks him as the #20 All-purpose back in the country.  He runs a 40 in 4.5 secs and has a 32" vertical.  The final three choices for Jamison are Northern Illinois, Rutgers and South Carolina.  He doesn't hold an offer from USC yet, but takes an official visit there in two weeks.  The week after visiting Dekalb, he will head to Rutgers who does have an offer out to him.  Clemson and Wake Forest also allegedly offered as well, but no visit is planned to either of those schools.  ESPN also ranks him highly and has a highlight video as well. 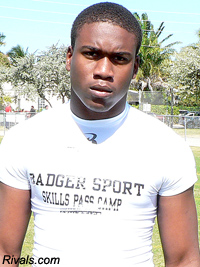 OLB Jamar Bass (5'11" 200 lbs) out of Miramar, FL is a top-flight prospect that seemed to jump on NIU's radar out of nowhere.  On Rivals he's a 3-star prospect and the #52 Outside linebacker in the country.  It seems like he would have a lot more offers than just Florida International if he had a little more size on him.  He finished the season for 5A State Champions Miramar with 159 tackles and has blazing speed, running a 4.5 with a 32" vertical just like Jamison.  Unfortunately, the senior leader had to sit out the second half of the championship game with a dislocated ankle. 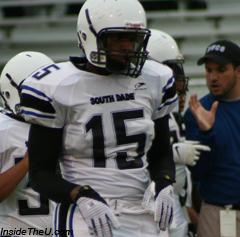 TE Jamarquis Reeves (6'3" 245 lbs) out of South Dade, Miami looks to be one of those sleeper prospects that can really help the Huskies.  Even though his Scout Profile lists him only at 6'2" 210, a more recent All-Star Roster gives us the weight that fans should feel better about  Must have been one hell of a late bloomer.  He could be that playmaking TE that has been missing from the roster ever since...Jake Nordin?  The only other thing to know about Reeves is that he makes a mean game face on his Twitter profile.

As always, make these guys feel at home on their visit if you see them around.  How do you feel about the recruiting so far?