Share All sharing options for: Q & A with UB Bull Run 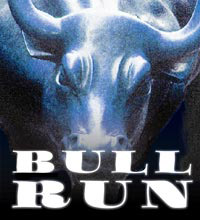 Tim from Bull Run has graciously answered a few questions in preparation for the game on Saturday.  Our answers to his questions will be on there sometime soon.

How has the coaching transition to Jeff Quinn been going so far this season?

On the whole it's going about like I expected it would. The defense is way better and the offense is a bit worse, especially the running game.

The Bulls are coming off a bye week. Do you expect that to give them the extra advantage or will they be rusty?

Defiantly an advantage, especially when zeroing in on NIU. If UB had been cruising through the season I would be worried about rust but there are so many things that the offense needs to get worked out that any extra prep is welcome.

Is the Bulls offense capable of minimizing turnovers and having a solid game against the Huskies? Will the passing attack continue?

Yes, UB's receivers have really stepped up but we have not been able to get them the Ball. Right now we have four receivers that, I think, would be the 1 or two guys on most MAC teams, but Davis has not done a good job hitting them. NIU's strength is not defending the pass so there is a chance at doing some real damage.

Besides, it's not like we can run the ball so to the air we go!

The defense looks scary on paper. Do you think they have the horses to keep up with NIU?

Define keep up with...

If UB's offense is marginally competent and does not leave the defense on the field for 40 minutes and/or give NIU a basket full of short fields I think we can be somewhat effective. Better than Temple did against you, but I don't think we will 'shut you down'. If NIU scores under three offensive touchdowns I would be surprised.

What do you think about the 14.5 point spread? Will the Bulls keep it close?

I honestly don't expect it to be that close, I think 17 is more accurate.

Thanks for answering all of our questions!