Share All sharing options for: Both Mike Krause and Me'co Brown will return to the field in 2010

The spring roster is out.  Read it.  Enjoy it.  Breathe it all in.  Bathe in it.  The 2010 speculation can finally begin. 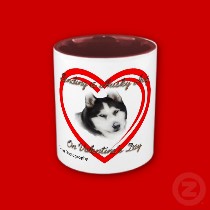 I got this for my girlfriend.  I hope she likes it.

Valentine's Day must have done wonders.  Remember defensive tackle Mike Krause?  Yeah, he started all 13 games in 2008 but developed some sort of heart condition before the 2009 season.  He was supposed to be a redshirt junior last year, but the spring roster shows him as a redshirt senior for this year.  That means that he didn't get a medical redshirt for some reason.  Defensive lineman Kyle Jenkins got his medical redshirt after tearing his ACL before last season and will be a redshirt junior this upcoming season.

Anyways HE'S BACK.  This means that we'll have 3 seasoned starters on the defensive line in Krause, D.J. Pirkle and Brian Lawson.  Expect a ton of rotation especially with guys like Nabal Jefferson and Zach Anderson returning.

Huskie Nation is extremely proud of Krause's dedication to the Huskie program.  He could have easily called it a career, but instead he knows that this upcoming season will be a special one and he will be a huge part of it.  I admire his courage returning to the Huskie football team.

In somewhat of a surprise, Me'co Brown will be returning to the Huskies.  Yes, we did report the rumor that he was being kicked off of the team.  However, this turned out to be a bunch of hearsay.  What seems to be true though, is that Me'co was hanging on to his roster spot by a thread.

Red and Black Attack is happy to see Me'co return.  He has shown bright spots these past couple years and helped us upset Purdue this past year.  It's encouraging to see he's getting another chance after coming close to the edge.  Hopefully he can put all of these personal/academic/whatever issues behind him and have a great upcoming season.

What remains to be seen is the effect his actions have taken and how much he has fallen out with Coach Kill.  Is he down 2 strikes out of 3?  The big difference is that this year, Kill has a shiny array of tools in his toolbox for the running back position.  Where will Me'co Brown fall among the incumbent Chad Spann, Iowa State transfer Cameron Bell, redshirt freshman Antione Kirkland and JUCO transfer Jasmin Hopkins?  Only time will tell.

Once you enter Kill's doghouse, there is no return.