"Coach Kill said he was impressed," Jones said. "He wants to recruit more in North Carolina."

Jones visited the Northern Illinois campus last weekend and was offered a scholarship.

"I loved the family feel there," he said. "The coaching staff has been together for a while, and I saw the players working out on their own. They were working hard but having fun."

Lucas said that pound for pound, Jones is the Cougars' best player.

"He has toughness and a ton of athletic ability," Lucas said.

What Jones brings to the table is speed, speed and more speed as he consistently run the 40 in the 4.3-4.4 range.  The article says he's 5'6, which would be a concern if that were accurate, but both Rivals and Scout have him at 5'8".  This is a nice start to a recruiting class that badly needs defensive backs. 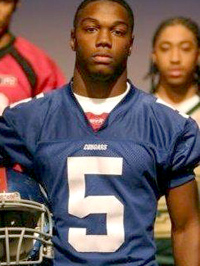