Share All sharing options for: Thoughts on NIU's boneyard win over Minnesota

Offensive Identity Found.  There's only really so much you can say about 297 yds rushing on the ground.  The offensive line dominated.  There weren't tiny holes to run through, there were enormous gaps, like the red sea parting for our plethora of running backs to run through.

And run through they did.  We all know that Chad Spann had 223 yds on just 15 carries.  That's 14.9 ypc!  What was even more important through is that Cameron Bell finally got his licks in with 3 rushes for 36 yds.  There isn't any running back in the MAC that is going to be quite like the behemoth of a man that he is.  Ricky Crider also got in the action as well with 2 carries for 33 yds, which was nice to see.

Through the air, Chandler Harnish and the bunch were as efficient as need be.  Martel Moore had a tremendous catch in the endzone after the blocked punt and Connor Flahive also had a nice grab late in the game to put the Huskies up by two scores.

Front seven steps up.  We all knew that the Golden Gophers were going to run right at the Huskies, and that's what they did for most of the game.  Even though Adam Weber finished with 373 yds and 2 TDs through the air, when they needed short yards on the ground, they couldn't get it.

The defensive line and linebackers all had their best game of the year.  Minnesota had to go for it on 3rd and 4th and short numerous times and the Huskies always seemed to get a push into their backfield and stop the Huskies from continuing their drives.  And this is all without our best player on defense Tracy Wilson, who missed the game with a groin injury.

Special teams roller coaster.  Up an down, up and down.  First it was the Huskies giving up a huge 57-yd kickoff return.  Then it was Jasmin Hopkins fumbling the ball on the next return.  The game sort of shifted to Minnesota's way at this point and I thought that this was just going to be an old-fashioned BCS school loss.

Then out of nowhere, Jimmie Ward, a true freshman blocks the punt to completely shift the momentum of the game in the Huskies favor.  If it weren't for that, the game would have been way too close and we might not have won.

Other than those two mistakes, Michael Cklamovski made 2 FGs of 21 and 35 yds and Josh Wilber had a solid day punting.  All of these mistakes are easily correctable for the next game and I can only imagine what this game would  have been like if we didn't commit such stupid mistakes.

Player of the game: 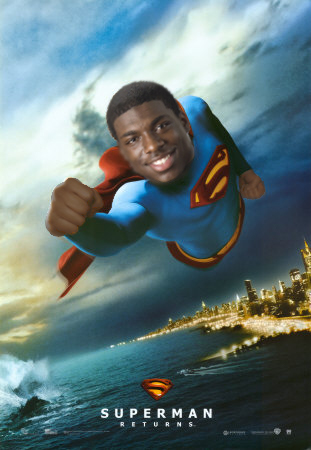