"He was a guy that, overall, when you looked at it, you thought, 'Boy, this is easily correctible stuff,’" Limegrover said. "It's not mechanical. It's not structural, so to speak. He just kind of let the game get to him early and wasn't able to get into rhythm.

Offensive coordinator Matt Limegrover didn't have the blissful opportunity of watching the FSN announcers break down DeMarcus Grady's throwing motion as the 3rd quarter was winding down. 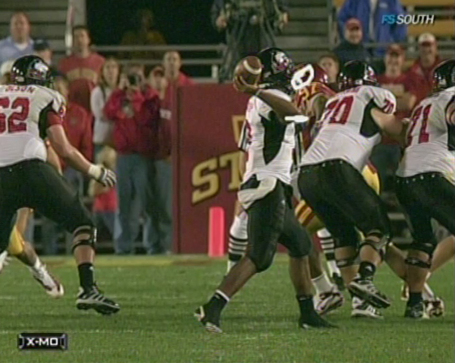 The top scribble is where a quarterback's elbow should be in order for the ball to not get tipped up at the line of scrimmage and get intercepted.  If that's not mechanical, I don't know what is.  Kudos to the announcing team for pointing that out.  On the 2nd interception it was the same deal.

Maybe he adjusted his throwing motion because he didn't want to overthrow his receivers like he did numerous times earlier in the game.  Especially after those two that would have been guaranteed touchdowns. 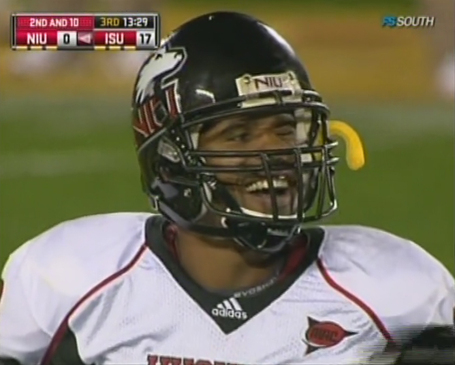