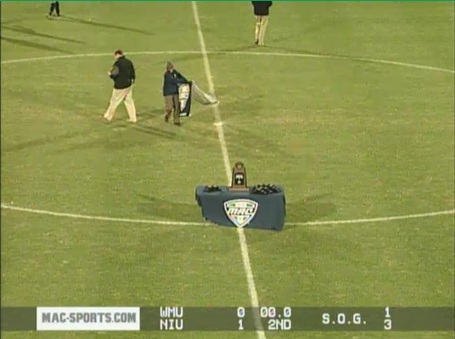 Congratulations to the NIU men's soccer team on earning their second MAC title since 2006.  The #2 seed Huskies defeated the #4 seed Broncos 1-0 in regulation with their lone goal coming at the 83:20 mark in the 2nd period on a header by NIU's Sean Totsch.  NIU will now advance to the NCAA tournament.  The last time the Huskies made the tournament was in 2006 when they defeated Loyola (Chi) 1-0 in OT.  The Huskies would lose in the second round at Indiana 1-0 that season.