Northern Illinois will take on Arkansas State in the GoDaddy.com Bowl

Share All sharing options for: Northern Illinois will take on Arkansas State in the GoDaddy.com Bowl 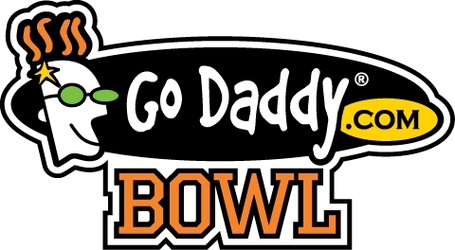 The NIU Huskies will take on the ASU Red Wolves in the GoDaddy.com Bowl on January 8th, 2012. The game will be played @ 8 PM CST in Ladd-Peebles Stadium located in Mobile, Alabama.

Arkansas State is 10-2 and are undefeated champions of the Sun Belt Conference. Their only losses were early on against non-conference foes Illinois and nationally-ranked Virginia Tech. They feature the 25th-ranked offense in the nation even though it was against Sun Belt squads. Also, they have a legit defense coming in ranked at 20th in the nation. It will be a big challenge for the Huskies, as they can't start out against this team as they did against Ohio.

However, their coach, Hugh Freeze is almost certain to be taking the coaching vacancy at Ole Miss today or tomorrow according to various sources.

Mobile, AL is a great town and it's not Detroit again. It will be nice weather and a fantastic time for anybody that travels down there. Mobile is many, many times better than Shreveport.

It's not Detroit again.

The bowl will take place on Jan 8th, which makes it the last bowl game before the National Championship the day after on the 9th. This maximizes practice time to prepare for next season and exposure as sort of the mid-major national championship.

It's not a BCS opponent.

Mobile is a bit of aways away, but DEFINITELY worth the trip.

The game's on Sunday, making the travel plans a little harder.

Overall I'm happy for the positives, which I believe rank ahead of all the negatives I've listed above. It should be a great time and a tremendous experience for the team and any fans that come down to the city of Mobile. It will be the best bowl experience you will experience yet, I guarantee it.