Who is this year's Cinderella team???

Share All sharing options for: Who is this year's Cinderella team???

So the Huskies didn't make the tourney... oh well. You're still going to watch it anyways aren't you. Yeah, I'm talking to you Illini fans. There's way too many of you that are also NIU fans. 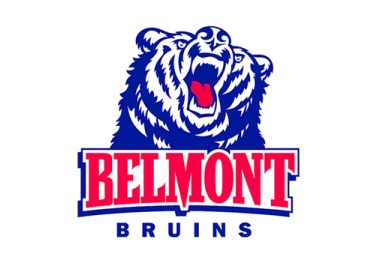 Belmont (13 seed) is my favorite cinderella team because, as Ken Pomeroy points out, their seeding is in no way indicative of how good they actually are on the basketball court. The Bruins had only three games against top opponents all season long and they were competitive in all of them, despite being on the road for all of them. They blew away their conference by winning by 41 points and are definitely one of the scarier teams out there in the bracket. They face Wisconsin in the first round, a team that lost 33-36 (!!!) to Penn State in the opening round of the Big 10 tourney. Belmont is a balanced team that excels on the defensive end forcing a bunch of turnovers even though the Badgers are strong offensively and don't give up the ball much. This one should go down to the wire. I'd ride them until they have to take on an angry Pitt Panthers squad in the elite eight.

The Utah State Aggies also have a chance at making some noise as a 12 seed, but it's rather unfortunate that they would have to face Belmont in the second round in a very rare 13 vs. 12 matchup. Old Dominion is also one of my favorites, but WHY DID THEY PUT ALL THE CINDERELLAS IN THE SOUTHEAST BRACKET??

Pitt or Florida could very well win that conference, but the smart money's gonna be on either Belmont or ODU.

I like George Mason (8 seed), but not enough to beat Ohio State in the second round. What a tough draw for the Patriots.

The Richmond Spiders are my #2 cinderella to watch out for in this tournament. They'll be looking to pull off the classic 12 over 5 seed upset in the first round over Vanderbilt and then I believe if they play to their capabilities they have a good chance at making to the elite eight or even farther. What I like about this team is that they're good all around on offense and on defense. The only thing that could trip them up is if a team were to severely out-rebound them, which very well could happen.

Gonzaga's drew a great seeding at 11 and they really could march all the way up to the sweet 16 for a tough matchup vs. Florida.

Am I missing any potential cinderella teams?

Ever wish that more things worked like college brackets? That you could seed everything that way? Top 64 pre-game foods. Top 64 college players. Well, now you can do just that with your friends, with the Allstate BFF Brackets, which takes your 64 top Facebook friends (an algorithm seeds them based on interaction) and seeds them in four regions, exactly like the real tourney. Once the tourney starts, your friends advance with the corresponding seeds – till one is left standing. Check it out at http://apps.facebook.com/bffbrackets/