Huskies Basketball off-season round up

Share All sharing options for: Huskies Basketball off-season round up

The college basketball season is over, so it is time for football to take over the headlines.  Meanwhile, I will try to keep Huskie fans updated on important basketball news throughout the summer.

Here is what has been going on in the world of NIU basketball for the past few weeks (after the jump).

Montgomery's staff starting to come together.

Mark Montgomery is starting to round up his coaching staff by hiring Dayton's Assistant Coach Jon Borovich and by keeping Todd Townsend in the staff.

Borovich is an up-and-coming assistant coach who has a great coaching foundation, at least when it comes to his education.  He has a master's degree in athletics administration (from Michigan State) and bachelor's degree in sports studies (from Central Michigan), with a double minor in psychology and coaching.

He is still relatively new in terms of coaching experience, serving as assistant coach for 4 years at Dayton and 2 years at Oakland University before that.

Keeping Todd Townsend in the staff was a no-brainer for Montgomery.  Townsend is well regarded amongst the Illinois high school basketball community and also by the current players on the roster.  There is a belief that Townsend could have had a bigger role in helping the Huskies under Ricardo Patton, but his role was limited and he didn't agree in some aspects with how Patton was running the program.

Townsend is also relatively new in coaching experience, with only two seasons as an assistant coach at the college level, both of them with the Huskies.

It will be interesting to see who Montgomery adds to his staff, but I think it would be smart for him to add someone with more experience at the college level to balance out Townsend and Borovich.

With the departure of Xavier Silas, Jeremy Landers and Michael Patton, the Huskies should have 3 scholarships open for the class of 2011.  However, with the coaching change, it is highly likely that one or more players on the current roster might not be back next year, opening up a few more scholarships.  There are some rumors going around about a few players possibly not coming back.  Until these rumors have some leg to it, I will refrain from posting hearsay.

As for the players that are on their way to DeKalb next year, they are:

I got the chance to watch Miller play a few times this season.  Alongside Illinois State recruit Johnny Hill, Miller helped the Rams finish 3rd place in the class 4A tournament, with an impressive victory over Ryan Boatright's East Aurora, and a hard fought 3 point loss against a loaded Simeon squad in the semi-final.

A coach's son, Miller's basketball I.Q. is off the charts.  His court vision is superb, he will find the open teammate more often than not.  His 3 point shot was not falling downstate, but he is a good shooter.  His FT shooting is also a strong part of his game, I wouldn't be surprised if he ends up shooting in the 85%-90% range in college.

The downside of Miller's game is that he is only 5'9" and a below average athlete.  He will have to improve his athleticism if he wants to be a starter at the college level. 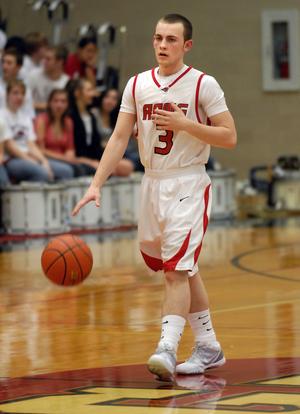 Barnette is a 6'4" guard/forward who is known for having a strong work ethic and great basketball I.Q.. He is also known for being a good defender and rebounder. Barnette just helped his team win the Tennessee class AA title.

Barnette will have to improve his perimeter game, right now he is more of a scorer than a shooter.

It will be interesting to see who Montgomery gets to close out this year's class.  Getting a big-man to strengthen the Huskies front-line will be key.

According to the website Illinois Prep Bulls-Eye former Iowa Hawkeye Guard and Schaumburg high school graduate Cully Payne will be visiting DeKalb this weekend.  Payne was granted his release from Iowa earlier this week and is looking to move closer to home.  Payne started every game at PG his freshman year averaging 8.7 points, 3.0 rebounds and a team-best 3.8 assists.  He also started the first 5 games his sophomore season before suffering a season-ending sports hernia injury.

Payne's younger brother, Quinten, is a highly regarded class of 2013 prospect who will be moving back to St. Charles from Florida this upcoming school year. 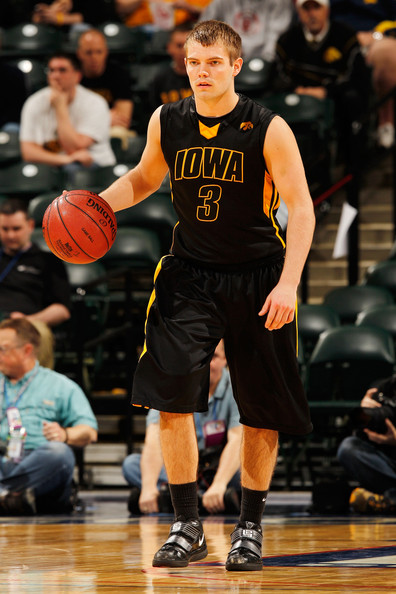 Another name that has come up as a potential transfer is former Michigan State Center Garrick Sherman.  The 6'10" junior-to-be decided to transfer citing playing time and wanting a fresh start as reasons.  Sherman averaged 3.2 points, 2.5 rebounds in just 12.2 minutes this past season.

There is no word about Sherman possible transfer destinations, but considering the Montgomery connection and the playing time he would get in a razor-thin Huskie front-court, Sherman is definitely a name to keep an eye on this off-season.

Montgomery first offer for class of 2012.

Coach Montgomery has wasted no time in trying to show he means business when it comes to recruiting.  His first offer for next year's class goes to Niles North Forward Abdel Nader.

The "Electric Egyptian" is a high school senior this year (2011) who originally committed to play at New Mexico, but de-committed and decided to reclassify himself as a 2012 recruit to keep his options open.  He will be playing basketball at an Indiana prep school next season.

Nader had an excellent senior season, leading Niles North to their Sectional Final.  He is as hot a prospect in the state of Illinois as there is right now and according to Illinois Prep Bulls-Eye, if he were to be playing high school basketball in Illinois next season, he would rank as their #1 player in the state from the 2012 class.

Nader has an impressive list of offers and is a long shot to ever set foot in the Convocation Center as a home player, but it is nice to see that Montgomery is not afraid to go after the big time recruits in Illinois.  It certainly can't hurt to offer the top ranked players in Illinois, let's hope that NIU actually lands one of them in the near future.

Follow me on twitter @linkdepaula for Huskie basketball updates and other college and high school basketball happenings.