The Huskies basketball program is starting to finalize its roster and coaching staff for next year.  This past week, new Head Coach Mark Montgomery received commitments from 3 high school players and hired his last assistant coach.

From Brooks Prep in Chicago, Montgomery was able to get commitments from twin brothers Keith and Kevin Gray.  Montgomery was also able to get a commitment from Saginaw High School guard Marquavis Ford, and his former head coach Lou Dawkins, who will be joining the staff as an assistant coach.

After the jump, I will take a closer look at the new Huskies.

The Gray twins come to DeKalb as a package deal.  They were actually offered a scholarship by NIU's last coaching staff back in 2009.  Todd Townsend has been the one in charge of their recruitment for the past two years, and evidently, keeping him on the staff has already paid some dividends early.

Together, the Gray twins led Brooks Prep Academy to its first ever Chicago Public League title.  That feat is even more impressive considering the depth of great teams they had to get through this year.  In the playoffs, Brooks faced four teams that were ranked at some point this past season, including #14 Whitney Young in the championship game.

Keith and Kevin have not played basketball for very long, so they are still very raw.  Their games are obviously similar, but there are some slight differences.  Let's take a look at them individually.

A Champaign News-Gazette All-State Second Team, Keith is the better prospect of the twins.  He averaged 15.7 points, 11.0 rebounds and 2.8 assists per game this past season.

Keith is a good athlete with a great motor.  He is a strong finisher around the basket, has good rebounding skills and will block shots because of his length and jumping ability.

He needs to add some muscle to his frame in the upcoming years.  He also must improve his offensive game, more specifically his shooting and ball-handling.

I believe that Keith will see some significant minutes this upcoming season.  He gives the Huskies some much needed athleticism and length in the Forward spots.  He might not be a factor offensively right away, but I think Montgomery will find minutes for him because of his ability to block and alter shots on defense and his constant effort in rebounding the ball. 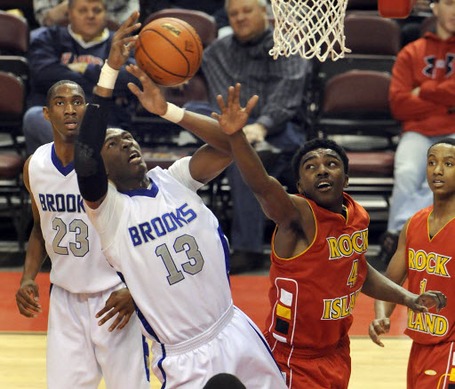 Even though Kevin is the lesser of the two, he is still a good prospect.  He has the same athletic abilities and strengths as Keith.  Like his brother, he is also a strong rebounder and a good finisher around the rim and a rugged defender.

The difference between their games is that Keith is a better scorer and a slight better rebounder.

Both players have improved by leaps and bounds since their freshman year, so it will be interesting to see how they develop in the next few years.  I believe their athleticism will warrant them solid playing time their first year, and I wouldn't be surprised to see one of them starting with the other being a key rotation guy as soon as their sophomore season.

Overall, this is a great signing by the new coaching staff.  They might not be the Center the Huskies are in need for, but they certainly strengthen NIU's frontline, which has been a major need since last year.

It's also nice to see Montgomery working the Chicago area right away.  Although it is only 2 players, to me the signings show that whatever damage Patton did to NIU's reputation in the past 4 years will not be a major factor in keeping Chicago area players from coming to DeKalb. 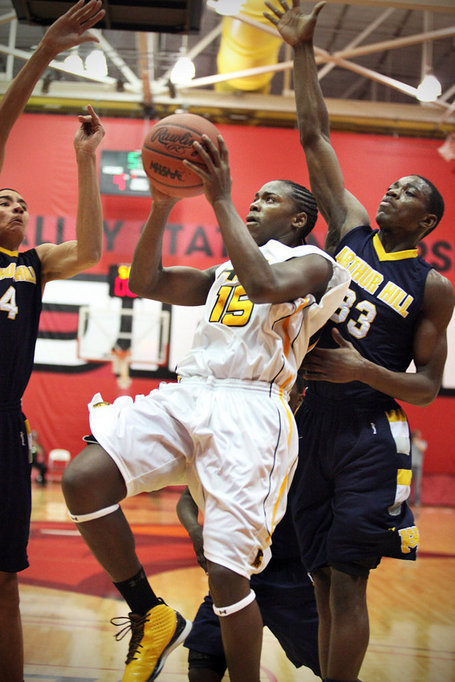 Ford was a Detroit Free Press Class A All-State Second-Team selection while averaging 22 points, 6 assists, 5 steals and 3 rebounds a game this past season.

Even though there isn't a whole lot of information on Ford on recruiting websites, the good news is that he impressed current Huskies Nate Rucker and Cameron Madlock during a pick-up game on a visist to NIU campus.  According to coach Townsend, Rucker and Madlock "could not stop raving about [Ford]."

From the little information and videos I was able to gather, Ford seems like your typical combo guard.  He is a good shooter and finisher around the basket and possesses good athleticism.

Ford will be the second player on the NIU roster from Michigan that was a two sports star (DeMarcus Grady being the other one).   Not only was he the starting Guard on Saginaw's basketball team, he was also the starting Quarterback for their football team.

It doesn't sound like Ford was getting many offers.  I couldn't find anything official on his other choices, just that he was being recruited by Central Florida, Louisiana Tech and Wright State.

Other than the obvious connection, I'm not sure about Montgomery's reasoning for this signing.  We already have 2 young combo guards on the roster (Kyree Jones and Antoine Christian), and it doesn't seem like Ford is a great prospect, considering the lack of interest from division I schools.

Let's hope Ford just happened to be overlooked in recruiting and will blossom in college.

Marquavis Ford #15 on the black team.

As I mentioned earlier, Dawkins will be bringing his starting PG, Marquavis Ford along with him to DeKalb.

In 7 years as Head Coach at Saginaw High School, Dawkins compiled a record of 149-28 and 2 Michigan class A State Championships, amongst many other accolades.

Dawkins played college basketball at Tulsa University from 1989-1994, helping his team reach the Sweet 16 in the 1994 NCAA Tournament.

Montgomery will be heading into next season with a very inexperienced coaching staff.  The 3 assistants coaches have a total of 8 years of experience combined as assistant coaches in the college level (not counting graduate assistant experience).

Considering that he is heading into his first year as Head Coach, this strikes me as a risky move by Montgomery.  Dawkins High School credentials running a powerhouse in Michigan are unquestionable, but it will be interesting to see if his coaching translates to the college game.

With that said, I still think this coaching staff is poised to be successful, as long as they get the right pieces together and continue to preach fundamentally sound basketball. 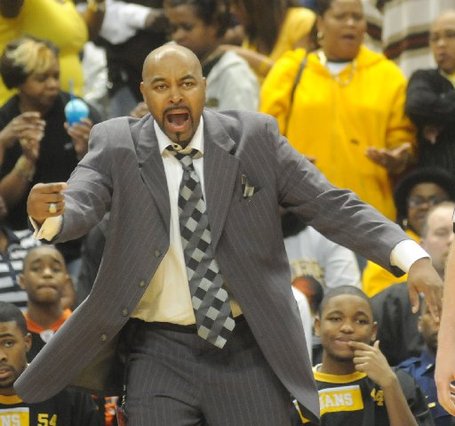 A couple of notes on Dawkins

Dawkins' son, Dorian was already a high major prospect at only 14 years-old, when he tragically passed away in June of 2009.  It was later determined that Dorian suffered from a rare condition called Acute Myocardial Ischemia, which is not detectable through a normal doctor's examination.

Here is the story of how Saginaw High School basketball team came together to honor their fallen teammate.

On a lighter note, in the 2009-10 season, Dawkins sat Marquavis Ford and two of his starters for a whole game because they were late to the team's shoot-around earlier that day.  One of the other two players was highly ranked recruit Tommie McCune, who will be heading to West Virginia next season.

McCune was supposed to be scouted by Michigan State during that game, but Dawkins would have none of it.

This is what Dawkins had to say on the situation:

Gotta love his approach.  Sounds like discipline won't be a problem for the Huskies.

Last blog, I wrote about former Iowa Hawkeyes guard, Cully Payne visiting DeKalb to meet with Montgomery.  Payne had listed the Huskies as a possible destination, but this week he chose to take his talents to the North Side of Chicago to play for the Loyola Ramblers.

Coach Montgomery plans to announce his roster going into the next season by the end of the week.  It is expected that at least 2 players on the current roster will be leaving.

I will analyze the roster and the departures on my next blog.