Watchlist for NIU Football in 2011

Share All sharing options for: Watchlist for NIU Football in 2011

Chandler Harnish is on the watchlist for the Maxwell Award, which goes to the BEST PLAYER IN COLLEGE FOOTBALL. I thought that was the Heisman, oh well.... And that's good and all, but Harnish explains how this award thing really works:

"I remember someone told me a while back, as long as you win football games those other awards will follow behind it," Harnish said. "If we win a championship, a lot of guys will get their individual awards."

In good fun, I've also put together a watchlist of things that may happen this year in NIU football. I may as well call it the Limegrover Awards:

Got to go with the Wisconsin one early on. Then the Toledo game. Could both of those statements be true? Possibly...!

Watchlist for criticism of offensive playcalling.

Due to the brutal playcalling that Matt Limegrover gave us over the past three years, I believe that Matt Canada is going to get a couple miles worth of leeway. Honestly, it could take until the Toledo game when surely something is going to go horribly wrong.

Watchlist for misuse of personnel.

With so many running backs to choose from, the odds of Doeren making this mistake is actually pretty dang high. The first and most egregious: putting Jas Hopkins in for goalline stands. Are the incumbents going to fit in to "THE SYSTEM" or are the coaches actually going to built the system around the players? I'm definitely going with the latter on this one.

Runner up name for this award: The first time players decide their own places on the depth chart. 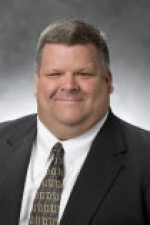 Limegrover: the gift that kept on giving

We lose to Wisconsin. The Dog Pound message boards communitively state: "COME ON, YOU CAN'T EVEN BEAT A SCHOOL WHERE YOU KNOW THE PLAYBOOKS?!". 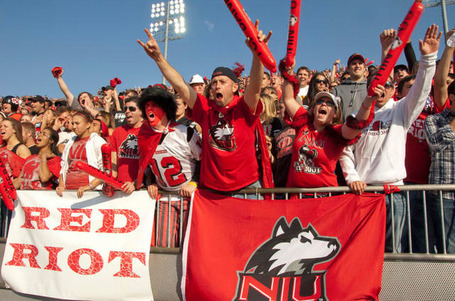 You do not. I repeat: You do not want to mess with the Huskie Road Crew.

Watchlist for when a road trip gets out of hand.

Who will win this year's jar of peanut butter award?

I'm going to go with Lawrence, Kansas because it's the first one.  But if the road crew doesn't want to blow their load quite that early, the Huskies head to Mt. Pleasant for the conference opener. Skip Buffalo, I'm assuming(?). And then there's this team called the Rockets that we play on November 1st.

Anybody have other suggestions for things to watch for in 2011? Leave them in the comments below.