The MAC finds Equilibrium with the addition of UMass

Share All sharing options for: The MAC finds Equilibrium with the addition of UMass 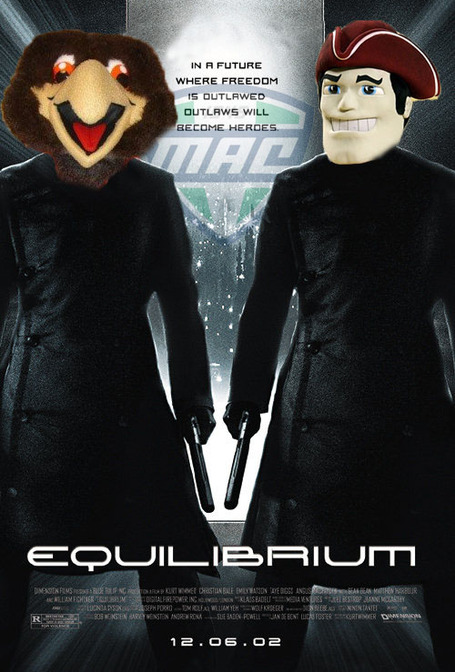 Just as the movie poster exudes, the MAC has been realigned. Bowling Green will be entering the MAC West and the University of Massachusetts will enter the MAC East.

BGSU has always had a solid football program and will add an extra layer of competition to the MAC West. I was a bit bummed that the BG Falcons moved to the East after fierce battles defeating a ranked Urban Meyer-led team in 2002 and them getting their revenge while both teams were ranked just a year after in 2003.

While power shifts to the West, the East is left without much in terms of solid teams. Ohio and Temple, you are in luck.

Bowling Green's natural rival is Toledo, but if you're a big NIU fan like me you don't like either of these Northwest Ohio teams even if they don't return the hate.

6 division games will be played with two crossovers. Order is restored in the league of #MACness.