Mike Dunbar to NIU Offensive Coordinator as P.J. Fleck heads to the Bucs

Share All sharing options for: Mike Dunbar to NIU Offensive Coordinator as P.J. Fleck heads to the Bucs 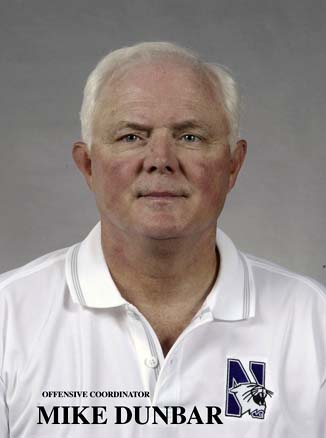 As most of you know, P.J. Fleck left NIU after his one day job as offensive coordinator for the Huskies to leave to coach Wide Receivers for the Tampa Bay Buccaneers. The move seems simple, as he will be coaching under his former boss Schiano, who he had the same position with the last two years at Rutgers U. Wait a second, Fleck exclaimed that he wasn't ready for the offensive coordinator position at NIU, but will take his talents to the pros? Apparently he wasn't comfortable with the role as coordinator.

I've never seen a weirder and more uncomfortable situation regarding coaching staff than this one right here. I have respect for P.J., but he should have given this decision more thought before signing on with the Huskies. According to HUSKIE WIRE, Doeren felt the same way:

Doeren said, "it was an unprofessional day, for sure," and there was nothing he could say to make the situation better.

"I felt like I gave P.J. a great opportunity," Doeren said. "He didn’t obviously want it. He made the decision he made. I think a lot of people probably shook their head, including myself."

I'm on P.J.'s side here. He has too much respect for the institution for a take-the-money-and-run type of situation. I struggle daily with decisions and he felt that this was the best one for the university. Eventually he will make it back to NIU as a coach, but this is just not his time. Next year could have been a disaster, had P.J. not been ready to coach an offense. Could you imagine him performing poorly and then the locals running him out of town. He would never get another chance. Despite giving me a headache, he may have solved this team one big one in the near future.

On to the next one.

The new guy is Mike Dunbar. You can read about his exploits through the Official Release, HUSKIE WIRE, the Trib and ESPN Chicago.

Dunbar is exciting considering he's coached college football for 35 years. He coached Northwestern from 2001-2006, which was right around the birth of the spread offense. He coached at Cal when they were good and at Minnesota when they had a legit offense with no defense. You wanted a spread OC? You got one of the best offensive minds in the country.

Dunbar is in his 60's, which makes me wonder how long he's going to stay coaching. After two years of turmoil with Tim Brewster, he took a year off. He coached New Mexico State in 2010, but couldn't turn that disaster of a program around. It's a smart, can't miss move, but how much coaching does Dunbar have in the tank? Or will he be the offensive guru this team needs for years to come.

Overall, it's was a great decision to bring Dunbar in and I'm glad that the P.J. fiasco is done and over with.