This year more than any other year, the NIU Huskies got some legitimate prospects that had offers to go and play with teams from bigger conferences such as the Big 10, Big East, ACC and SEC. 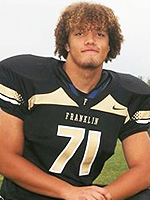 First off is recruit Levon Myers of Franklin, WI. Myers is a 6'6" 270 lb offensive lineman and one of the top ten players in Wisconsin. Now while the Badgers tend to recruit nationally first and then may look at their home state to fill empty spots, that didn't sit well with Myers when they offered him a scholarship just days leading up to signing day:

"Levon has decided not to accept the scholarship offer from UW," his father Marion Myers reported. "There are many reasons for this, but most of all, he felt that he did not have any real connection with anyone at UW and most of all, he should honor his commitment to NIU because he honors his word. This is how we have raised him." 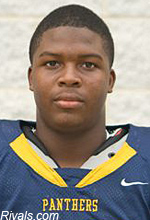 Next up is Mike Cotton, a 6'3" 220 lb linebacker from O'Fallon, IL. Cotton used to be committed to Indiana until his recruiting coach left for Florida Atlantic. He then went on a recruiting trip to NIU and felt comfortable about the coaching staff and everything in the program. He also had an offer from Kansas State and there were reports of another late offer by the Illini.

Cotton is All-State and is ranked as a 3-star prospect and the #24 player in IL by Rivals.com. 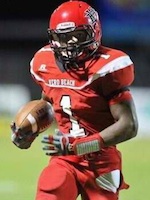 We did the best job with Miller since we recruited him the most out of any of these schools. It also helps that his teammate CB Charles Ivory will be heading to NIU as well. Miller was one of those late bloomers who only played one year of high school football and is one of the top basketball players as well. He sure made his senior season count though, catching 36 passes for almost 1,000 yds his senior year.

He was the last guy to fax in an NLI, but it was definitely worth the wait.

Some other guys worth mentioning are DT Charlie Bishop from Ellsworth C.C. who chose the Huskies over Kansas and Kansas State offers, and Scott Taylor of Woodstock, IL who had an offer from Cincinnati.